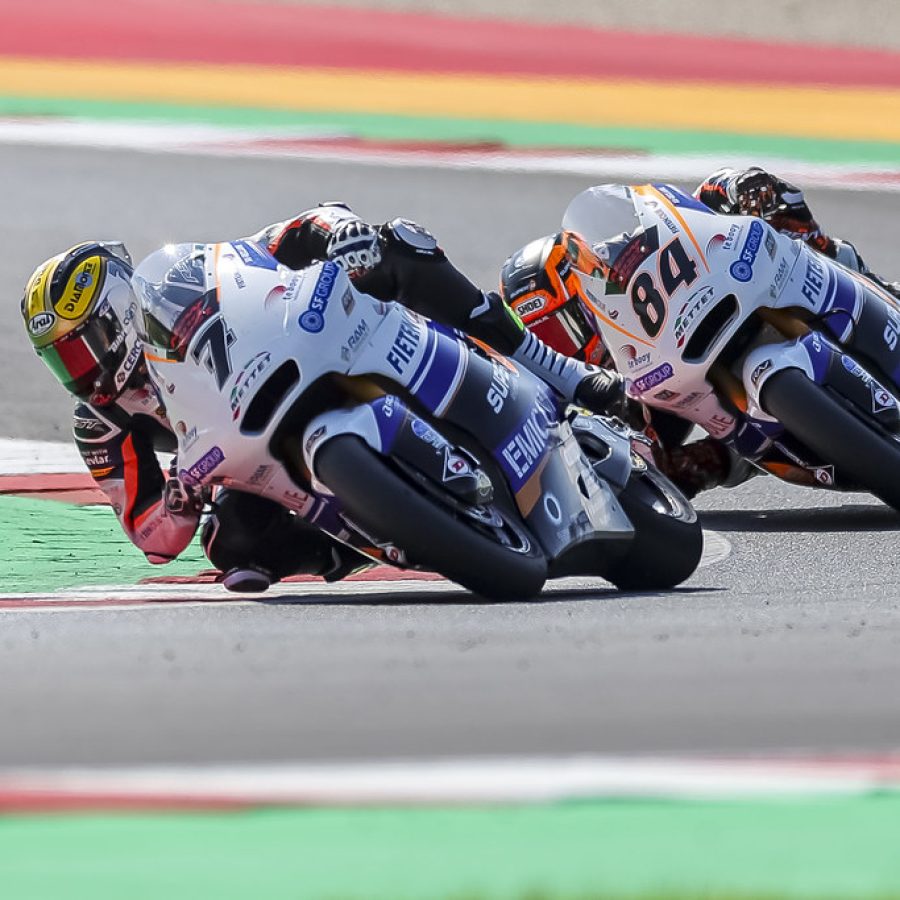 Barry Baltus – P13:
”Today was not our best race. We scored three points and we had a bit of luck because there were so many crashes. Anyway we’ll take it and we need to take the positives from this weekend. We could have finished two or three positions up but it wasn’t worth it to risk to lose everything. We need to continue to work and come back stronger in Aragón. I want to thank the team for all their hard work this weekend, they have done amazing. We will do our best again in two weeks’ time.” 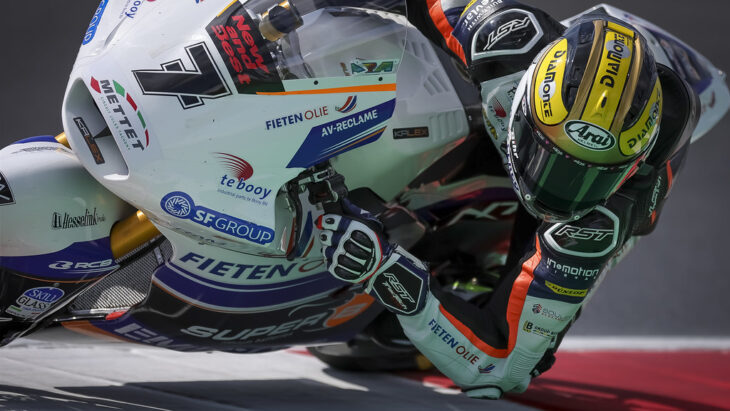 Zonta van den Goorbergh – DNF:
“It is of course a shame to end the weekend like this. My race was over very quickly because I crashed in turn 4 in the first sector of the first lap. It was a very slow crash and I don't really know why I crashed, there wasn't much to see on the data either. Unfortunately, this is part of racing. After the crash I came in to fix the brakes and then I did another ten laps. I was then in P17 and that was not bad in itself but in the end it was not worth continuing. Now on to Aragon with good spirits.” “It was definitely not an easy race. In the case of Zonta, it is a pity that he crashed in the first sector, then you know there is no chance for a good result. It's good that he tried afterwards but finally he came in. It's a shame to end the weekend like this because he had some good moments, we could see there still is progression.

Barry's race was certainly not bad, but it could have been better. On the other hand, you have to be smart enough to bring home the points when the right feeling is not there and he did that. In any case, that's good and we move on to the next one.”