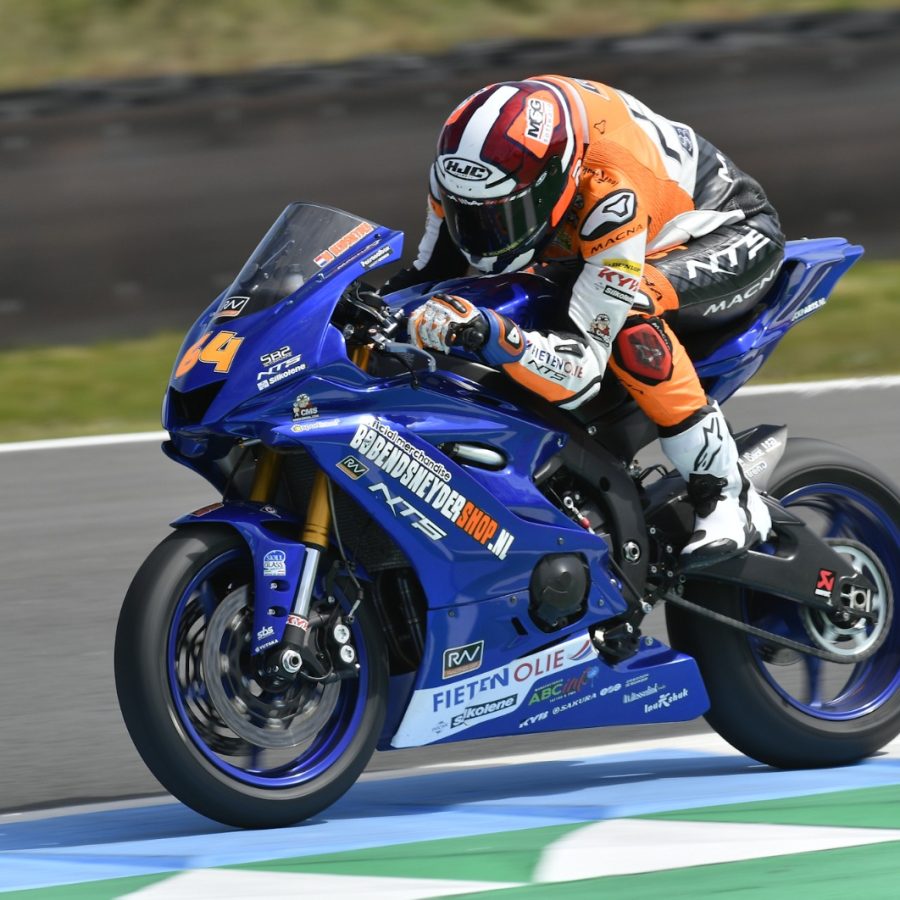 Bo Bendsneyder is back in action. After months of involuntary rest, the NTS RW Racing GP rider was allowed to train again on the TT Circuit in Assen today. Not on his Moto2 machine, but on the Yamaha with which he also trains in the winter months in Spain. Next Sunday, Bendsneyder will also compete again in a virtual Grand Prix, at the Silverstone circuit this time.
In recent months, since the Qatar Grand Prix in early March, there has been little to do for Bendsneyder. Motor training was not possible because circuits had been closed due to corona measures. In addition to the work that Bendsneyder has in his uncle's pizza restaurant, where he helps, he could do little more than keeping his condition as good as possible by running and cycling. He also participated in the Virtual GP at Jerez, in which he finished the Moto2 race in third place.
It was therefore a relief when the Dutch motorsport association KNMV announced a few weeks ago that circuits would again be open to riders who participate at international level. Earlier this month, Bendsneyder was allowed to train with the Supermoto bike on the Junior Track of the TT Circuit, but today he was allowed to enter the big circuit for the first time, together with Superbikes rider Michael van de Mark and the Red Bull Rookies riders Zonta van den Goorbergh and Colin Veijer, amongst others.

#64 Bo Bendsneyder: “It was great to be able to ride a proper bike again after almost three months. Not on the Grand Prix machine, but with a serious bike and on the big circuit, so really on speed. It took some getting used to, but after a few laps it was as usual and I was riding my regular lap times. It was also nice that were other riders too. With Michael van de Mark I had a nice fight. Unfortunately I only managed three 40 minute sessions. The new asphalt on the TT Circuit is great, but there were still some loose stones and one of them hit the radiator, so I had to sit out the last two sessions. We are going to fix the bike and hopefully I can participate in a track day sometime in the next two weeks. Perhaps by that time we also know more about the continuation of the season. Next up is the Virtual GP at Silverstone on Sunday. Last time at Jerez, it went really well and I finished third, and Silverstone is a track that suits me, so I'm really looking forward to that.”