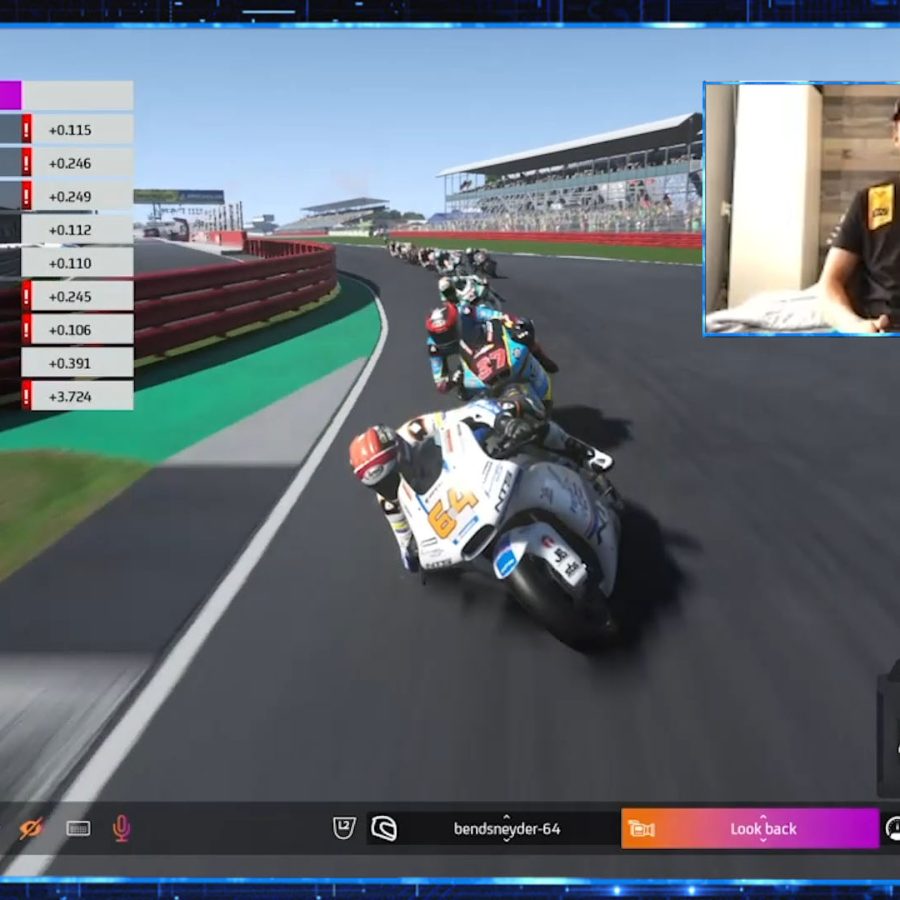 Bo Bendsneyder has won the virtual British Grand Prix with a more than convincing lead. Started from pole position, the Dutch rider of NTS RW Racing GP never ran into problems at the Silverstone circuit, so that he could win his first victory in Moto2 without any threats.
In his first virtual GP, a few weeks ago, Bendsneyder already finished on the podium. A crash in the first lap on the Jerez circuit prevented an even better result than third place.
At Silverstone, Bendsneyder got off the starting blocks very well from pole position. After the first of six laps, he already had a one and a half second lead over the nine pursuers, who made mistakes, crashed or were penalized. Gradually he was able to further expand his lead. At the finish, Bendsneyder's lead was over eight seconds.
Bendsneyder has fond memories of Silverstone: in 2016 he took his first podium in a real race, then in the Moto3 class. Earlier this week, it was announced that the real British Grand Prix is cancelled because of the corona crisis. So there is no success in it with the real NTS machine for the time being. Bendsneyder did resume training at the TT Circuit in Assen this week, pending the first real race, which may take place in mid-July.
#64 Bo Bendsneyder: “Of course I am very happy with this victory, even if it is virtual. I worked hard for it and trained a lot! So I'm happy. The race was not very exciting, but not easy either. I was playing with sweaty hands. It takes a lot of your concentration, because you don’t want to make mistakes. The MotoGP20 game is very realistic. You even see and feel the bumps on a track. It is different with a joystick in your hands than with a motor under you, but still very realistic and that makes it very nice. I can't compete in real life and I am happy that I rode a real motorcycle on a real track again this week. I can't wait for the season to start again.”