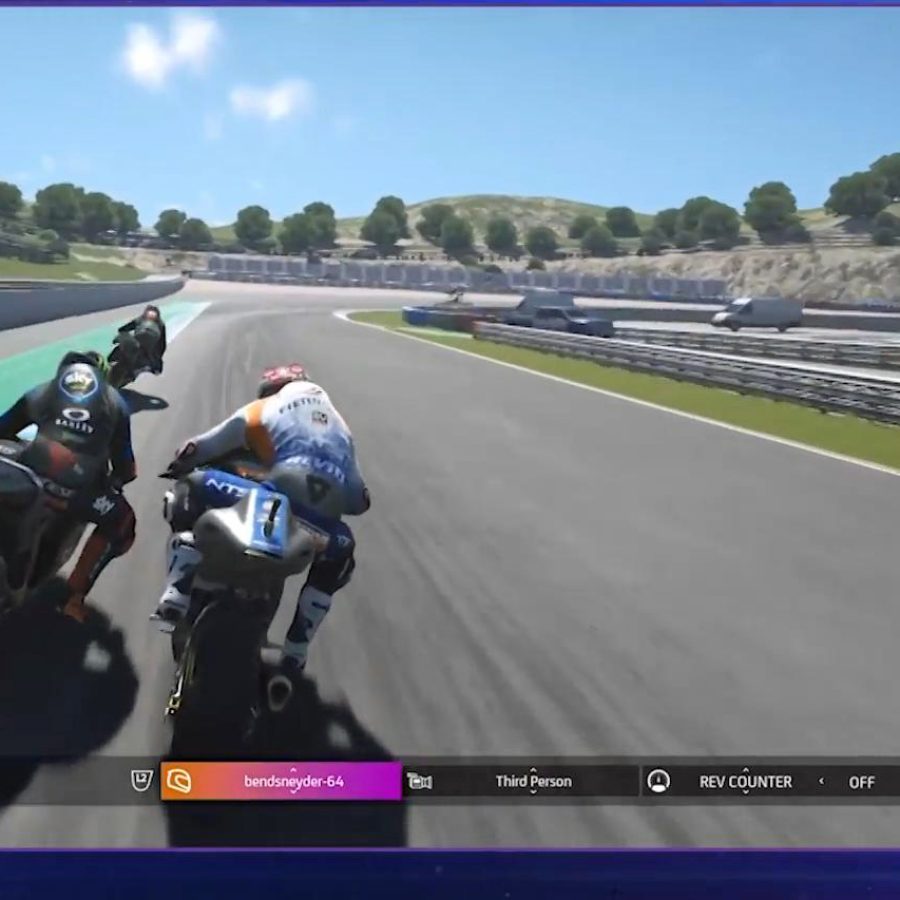 Bo Bendsneyder finished third in both the qualifying and Moto2 race of the virtual Grand Prix of Spain. The Dutch rider of NTS RW Racing GP had to tolerate Lorenzo Baldassarri and Jake Dixon in front of at the circuit of Jerez, but he was happy with the result. “The first podium for NTS! That's a nice feeling. If we can see each other again, we have a reason to party.”
With nine of his Moto2 colleagues, Bendsneyder - in last season's colors - turned it into an exciting race in the latest version of the MotoGP game. In the first of eight laps, Bendsneyder crashed out in the first corner with Marcel Schrötter, but in the game everyone is left unscathed from a crash, so that both riders could move on quickly. In the third round, the Dutchman showed his teeth in a tough fight with Aron Canet and Luca Marini by bashing both of them off the track. By doing so he took over third place, which he was able to hold on to until the finish.
“It was a lot of fun,” says Bendsneyder. “Everyone could see each other and was screaming. It was also a nice fight, on the cutting edge. Almost real. It cannot be compared to reality, but it was very exciting.”
Also Moto3 and MotoGP came to action at the virtual circuit of Jerez. The races can be viewed on the various social media channels of MotoGP.