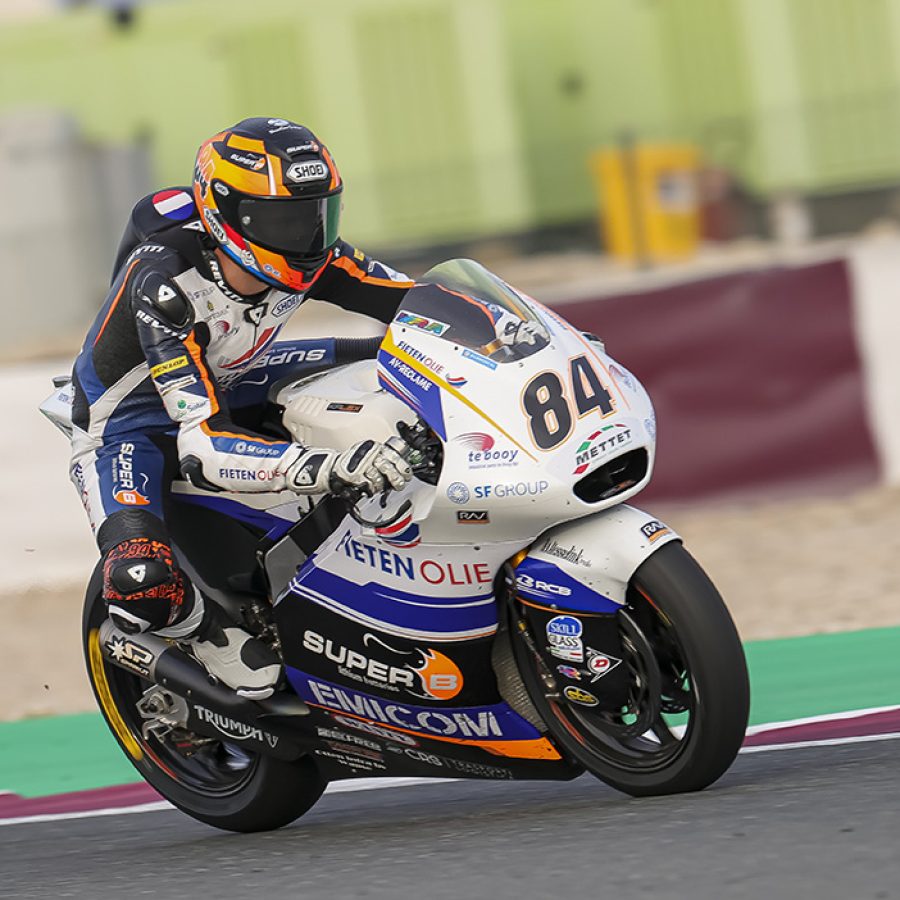 Zonta van den Goorbergh twenty-fourth on Moto2 debut at Qatar. Barry Baltus lost the final World Championship point after a strong race at the Losail International Circuit following a crash five corners before the end of the race.

Zonta van den Goorbergh started from twenty-ninth on the grid in his first race on Sunday. The 16-year-old from Breda made a reasonably good start to the race, bravely defending himself in the competitive Moto2 field and eventually crossing the finish line in twenty-fourth place.

Barry Baltus, riding in the RW Racing GP colours for the second season in a row, had a good start and managed to stay in the top fifteen throughout the race. Until a few corners before the finish the talented Belgian seemed to be heading for a neat and deserving fifteenth place, scoring the last World Championship point for himself and the Dutch Grand Prix team. A somewhat rash action by a fellow rider unfortunately caused Baltus to end his race in the gravel and he did not get his reward.

Zonta van den Goorbergh (P24):
"We can look back on a successful first Grand Prix weekend. With the exception of the second free practice and qualifying session, all sessions went well and we can also be satisfied with the race. Twenty-fourth place is above expectation, I did not expect to do so well in my first race. I was in a group with Antonelli and Kelly for most of the race. In the last lap I managed to pass the latter and crossed the finish line in 24th place. We have had a Grand Prix now, we will take the positive things and this experience to the next weekend in a fortnight in Indonesia." 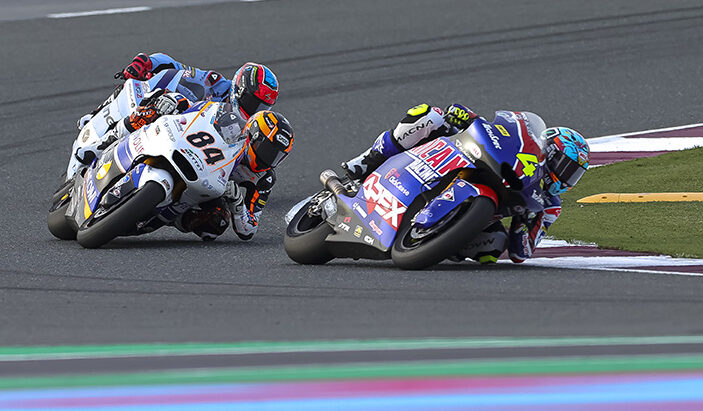 Barry Baltus (DNF):
"It's the second time in Qatar, and my second time here not finishing. I regret that, but despite this I can look back on a fantastic first Grand Prix weekend of the season. On Saturday I qualified for Q2 for the first time, got my best qualifying result and in the race today I did well. Of course it's a shame that I got knocked off my bike by another rider on the last lap of the race, but there was nothing I could do about that. This kind of thing is also part of racing, but the positive feeling about the weekend prevails. The team did a great job, the atmosphere is good and the package we have this season is just fantastic. Thanks to all the guys in the box, thanks to the whole team. On to Indonesia." 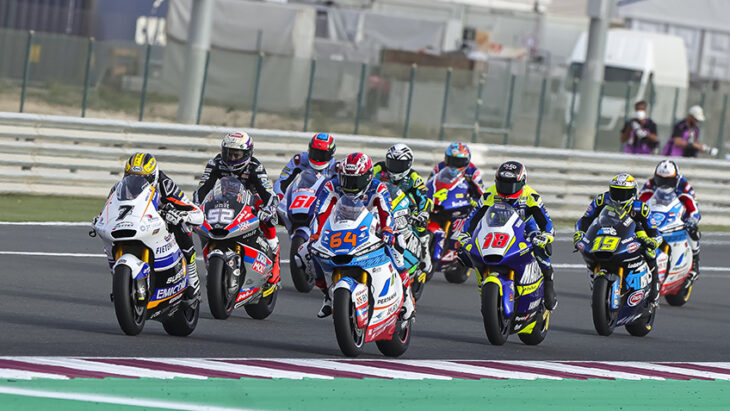 Jarno Janssen, RW Racing GP team manager:
"Let's start with Zonta, he just did a great race here. Twenty-fourth and still passing someone on the last lap, we can only be satisfied with that. Very good and above all expectations. On the other hand, what happened to Barry in the last lap is of course unfortunate. To be run into through no fault of his own and by someone else riding in fifteenth place is, of course, a disappointment. He may be disappointed about that, but that is also part of racing and it happens because you are not alone on the track. The most important thing, however, is that Barry has shown all this weekend that he can just run in the points. That's the most important thing about this weekend and I think we need to take that to the next races."