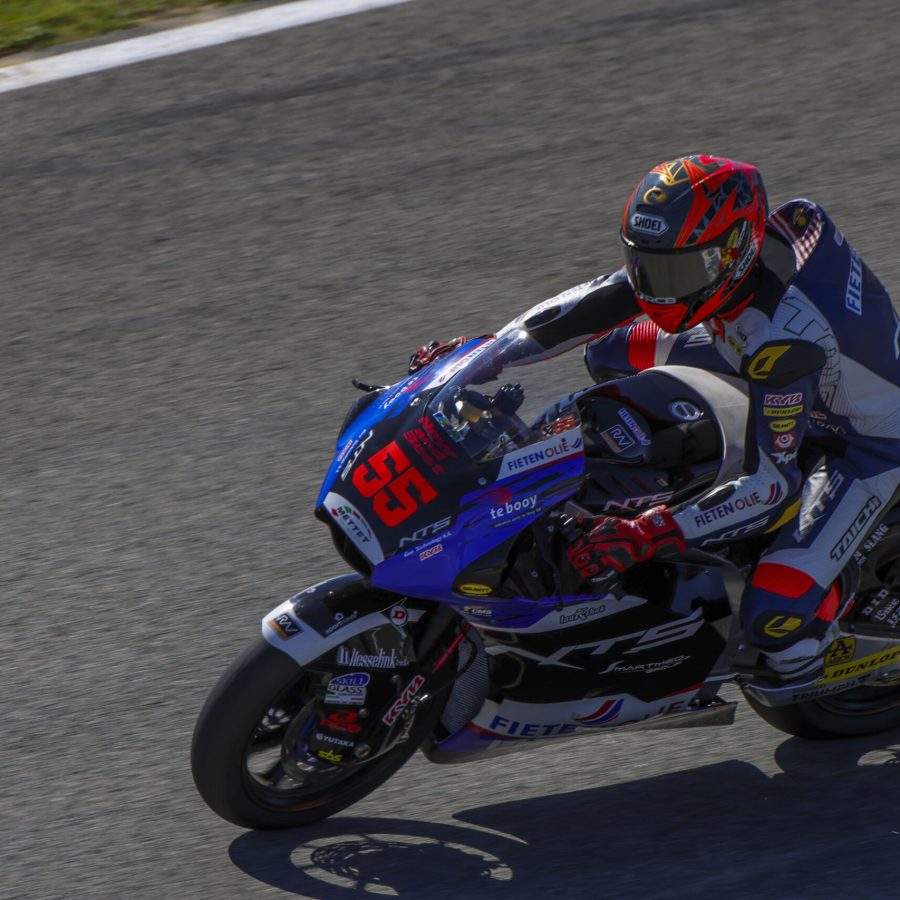 GP Spain in Jerez: qualifying with a 28th and 30th position

Today during the GP of Spain, the third free practice and qualifying was on the program for the Moto2 riders. On the beautiful circuit of Jerez de la Frontera, this time unfortunately not with many tens of thousands of spectators on the hills, the drivers of NTS RW came in 28th (Hafizh Syahrin) and 30th place. With these positions in the starting grid, it didn't quite turn out as hoped.

Team manager Jarno Janssen: “It was just a good day for Taiga Hada. It is not easy to just take the step to the Grand Prix world. If you then see his progress in lap times that he managed to achieve today, that's great. Hafizh also managed to improve again today. As a team we are getting closer and closer to the drivers in front of us. Due to the efforts of the team and the drivers, we will try to join the fight tomorrow for the places that entitle to the last World Cup points." 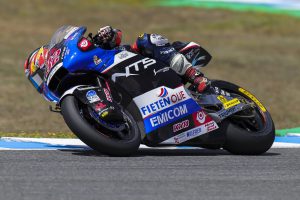 Taiga Hada indeed looks back on today with satisfaction: ”To be clearly faster than yesterday gives me even more confidence for tomorrow's race. Of course I want to reach the finish and not in last position. With the hard work of the team, that should be possible.”

Hafizh Syahrin looks back with satisfaction but also disappointed on today's sessions (Saturday): “We managed to achieve faster lap times, but you can see that everyone is able to take a step during FP3 and qualifying. I'm especially pleased with the bike's cornering behaviour, which feels better than in the previous races. We know we have to go further as a team but in every session we take a step in the right direction. We are not too far from the fastest drivers and I am ready to fight for a World Cup point. During the warm-up tomorrow morning we will certainly do as many laps as possible to get a good feeling for the race.” 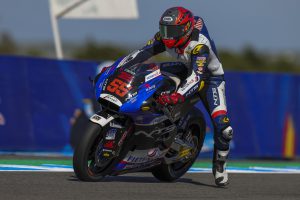 PrevCautiously positive about the first day of GP Spain in Jerez
NTS RW drivers on P17 and P22: best position of 2021Next
Back to overview