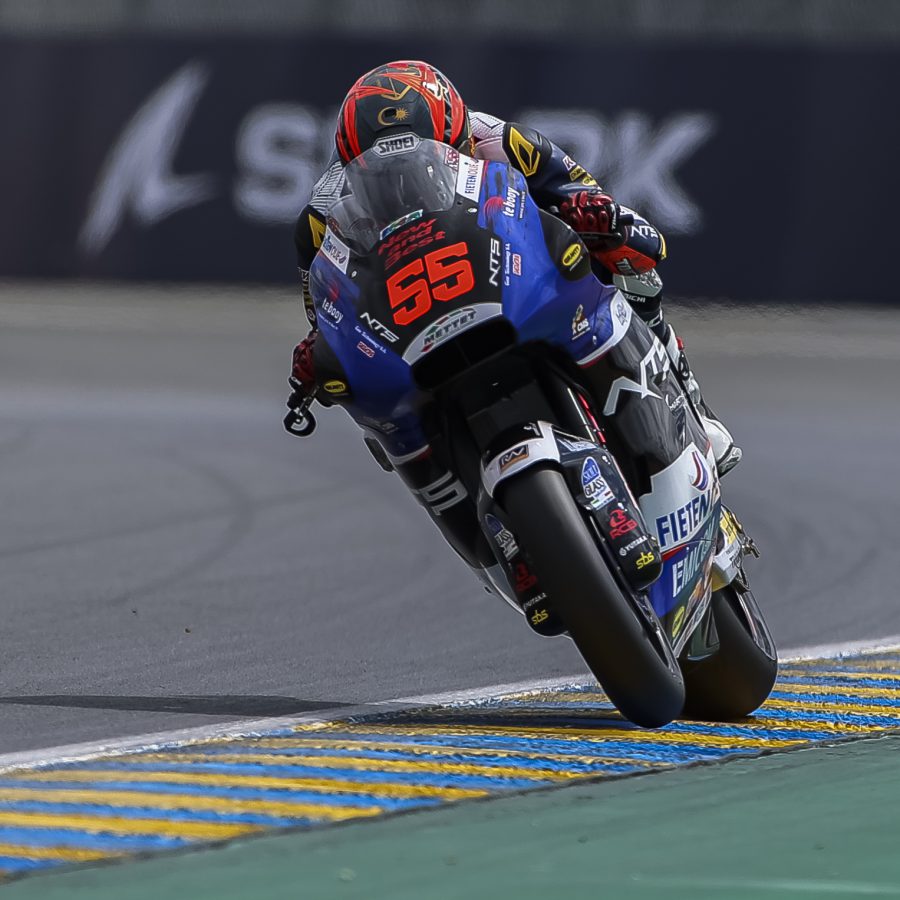 The racing day of the 2021 French GP started with a warm up training on a wet track and with a good result for Barry Baltus during that training: a neat ninth place.

After the necessary rain in Le Mans, it was dry on the circuit before the start of the race and that meant a so-called “dry race”. This means that the race would be canceled in the event of rain and, depending on the number of laps completed, whether or not there will be a sequel. Despite the fact that it was dry, the track was still wet in several places and therefore treacherous. That was the situation for the NTS RW drivers just before the start. 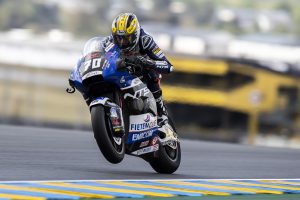 With this knowledge it's a matter of starting carefully and staying on the bike because you know there are riders who are going to fall because they can't control the bike or take too much risk. And that was exactly what happened during the French Moto2 World Championship race! Both NTS RW men finished in 16th and 17th place. The best rankings of 2021 for both Hafizh Syahrin and Barry Baltus.

But still…mixed feelings prevailed with the team because the World Cup points were so close (from the 15th place you get points after all). Team manager Jarno Janssen expresses the atmosphere in the pit box after the race: “Today we succeeded in being definitely competitive in this field. That is the most important gain for us today. Hafizh Syahrin had a great start and immediately made up ten places in the first lap. Then, by setting the right pace and staying focused, he was in 11thth place halfway through the race. That was just very good and the chance of points increased. Unfortunately, Hafizh's machine lost power over the last six laps and was unable to maintain the high ranking. We are very sorry for him. For Barry Baltus it was his first Moto2 race and he and we are happy with that 17th place at the finish.”

For the next races and the upcoming test, today's race was an important boost. To see that the team was strong gives confidence for the future and gives a positive boost to the team. Hafizh also confirms this, but at the same time he is of course very disappointed with his finish just outside the points. However, the belief in the future is certainly also present in him.

With Barry Baltus we take a closer look at his race weekend. He showed today that he is a real racer and Barry had a positive feeling about this French GP: “It certainly wasn't a bad weekend for my first Moto2 race ever. It was very tricky on the track today due to the rain and the still wet track. But I think as a team we put in a good performance today. On Friday it was still difficult for me to come back after a six-week period without races. Yesterday I had a good feeling quickly and especially because of my strong warm up this morning I got a lot of confidence because I rode a Moto2 bike in the rain for the first time and immediately set a top 10 time. We were able to take that feeling into the race and luckily we made the right choices as a team so that I could score a nice 17e position.”

In two weeks, the world championship will continue in Italy with the race in Mugello. In the meantime, it has also been announced that the Finnish GP has been canceled this year due to Covid19. A second race in Austria has been designated as a substitute race, the Steyr Grand Prix on the weekend of August 6-8.