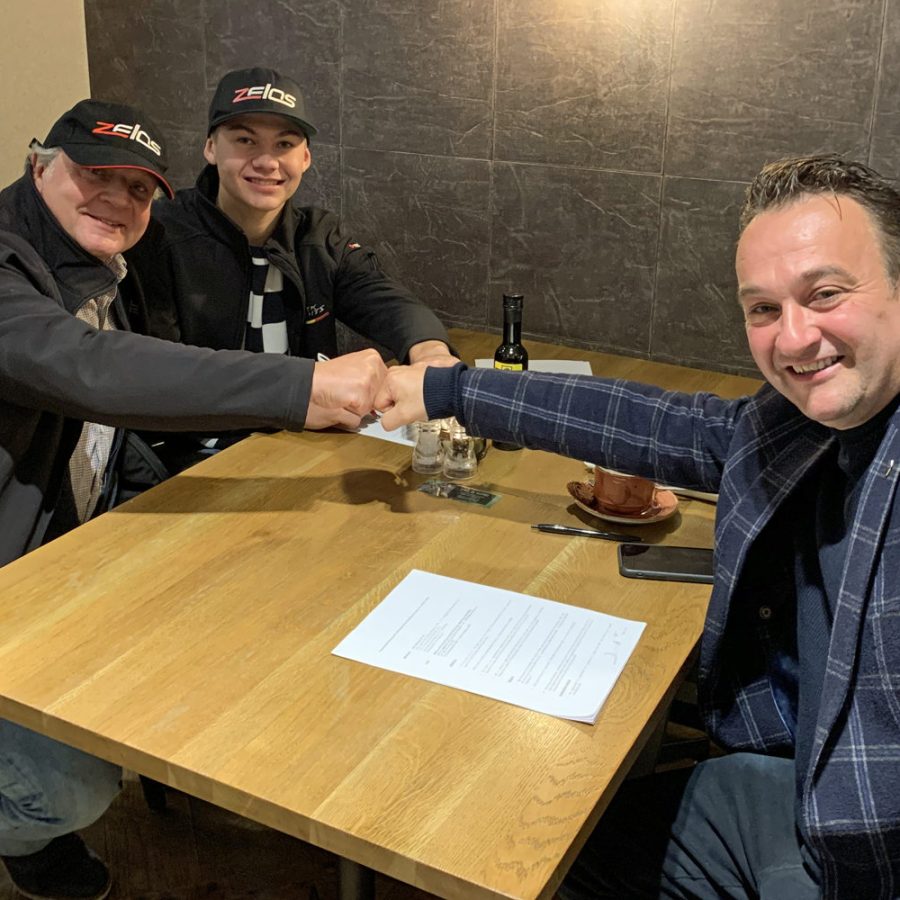 NTS RW Racing GP has signed the Belgian talent Barry Baltus for 2021 and 2022. The now 16-year-old rider makes the switch to the Moto2 class with the Dutch team, after a promising season in Moto3. “We are very pleased to have been able to conclude a two-year agreement with Barry Baltus and his management group Zelos,” said NTS RW Racing GP team manager Jarno Janssen.

Baltus made his Grand Prix debut in Moto3 in Jerez de la Frontera in July at the resumption of the 2020 season. He previously raced in the Red Bull Rookies Cup, in which a victory narrowly escaped him, but in which he achieved podium positions twice. He was also successful in the CEV Moto3 Junior Championship, in which he took one victory and finished second three times, and the European Talent Cup, in which he also won a race and made it to the top 3 several times.
“At the age of only 16, Barry is very young, but he already has a lot of experience”, explains NTS RW Racing GP team manager Janssen. “Yes, moving on to Moto2 after just one season in Moto3 is fast, but with his growth – literally and figuratively – it is the right step. We and Barry's management Zelos, with whom we have already worked together in the past and with whom the contacts have remained very good over the years, fully agree on that. We see the learning curve that Barry is going through: in his first season in Moto3, he is already in the battle for points. He can continue to grow in Moto2. For us, for NTS and for Barry himself, a two-year deal offers a good perspective for the future. The first year will be a matter of learning and continuing to grow for Barry.”

Freddy Tacheny, chairman of Zelos, the structure responsible for the management of the young rider, says: “Our wish was to have Barry move up to Moto2 as soon as possible, a category more suited to his talent and physique. We are pleased to have reached an agreement with NTS RW Racing GP, with whom we have a good relationship for years already. The agreement is for two seasons, allowing Barry to progressively continue his learning process in a category that is extremely competitive. Let's not forget that he will once again be the youngest rider in the class and some time to learn will be needed before he can unleash his full talent. We are delighted that Barry can join a team like RW Racing GP and I would like to thank team owner Roelof Waninge, team manager Jarno Janssen and NTS for their commitment and enthusiasm to welcome Barry.”

Barry Baltus, born in Waret-L'Evêque in the province of Liège, is part of the Black Knights, the Belgian national team of the best motorsport talents. He is of course very pleased. “I never expected to get into Moto2 so quickly! I would therefore like to thank Freddy Tacheny and Zelos for finding a place for me at NTS RW Racing GP, and the team itself for their confidence. Even though I still have a lot to learn, I will do my best to develop as soon as possible and will give everything I have for that. I also want to thank my family and all my sponsors and partners who have supported me from the start.”

PrevBendsneyder misses chance to fight for points
Bendsneyder builds confidence, crash for BiesiekirskiNext
Back to overview