NTS RW Racing GP has finished the preparations for the 2019 season with confidence and a good feeling. Bo Bendsneyder ended the last test session at the Losail International Circuit in ninth. His temporary teammate Jesko Raffin concluded the day in seventeenth. Next Friday the season starts with the free practice sessions for the Grand Prix of Qatar, on the same circuit.

Bendsneyder started well right away. In the first session he already set a time of 1.59.544. The problems that existed yesterday with the front of the NTS, could be resolved by a number of adjustments. These improvements, however, revealed some new obstacles, which meant that the second session was largely lost. Problems with the electronics kept the Dutchman more than half an hour inside. In the third session, in circumstances that were less favourable, he managed to improve his time anyway. This 1.59.308 was good enough for a top 10 in the session. In the overall rankings of the three test days, Bendsneyder is fifteenth, 0.869 away from the 1.58.439 of Sam Lowes.

Jesko Raffin, who mounted the NTS for the first time only on Saturday, concluded the day with an impressive seventeenth position. In the overall rankings, the Swiss came out in 23rd with that 2.00.334. He too encountered problems with the electronics in the second session, in which he had planned a race simulation and a time attack.

Bo Bendsneyder: “I was able to start the last day with a good feeling and good lap times, because the problems we had yesterday were solved. But if you ride faster, new issues can pop up. In session 2 we wanted to work with a set of new tires, but due to problems with the electronics, that session was almost completely lost. That is a shame, because the track temperature was the best in that session. In the third session it was much colder and therefore less favourable, but wanted to make up for the lost time, and I also did a time attack. My fastest laps I have done on my own, in not so easy conditions, so that is very positive. All in all a good test, in which we were able to do a lot and achieved good results. That gives confidence. I think we have a good setup to start the season on Friday.”

Jesko Raffin: “We have been able to do a lot today, both in improving the bike and my feeling with the NTS. The cooperation with the team, also with Bo's crew, is superb. We had the same problems in the second session. It is a pity that we lost time because we planned a race simulation and a time attack. Luckily I was able to improve my time in the last, colder session and that indicates that we are doing well. I am very satisfied, considering that I was on this machine for the first time only yesterday. I am really looking forward to the weekend and I can hardly wait until it is Friday.” 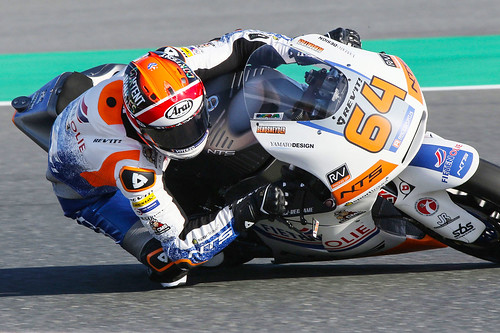 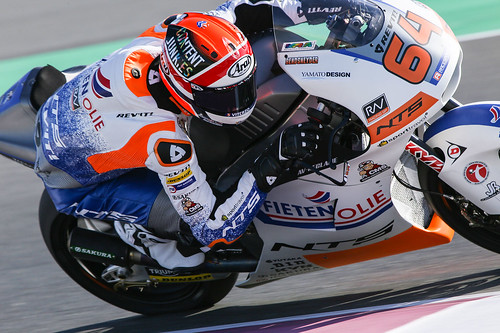 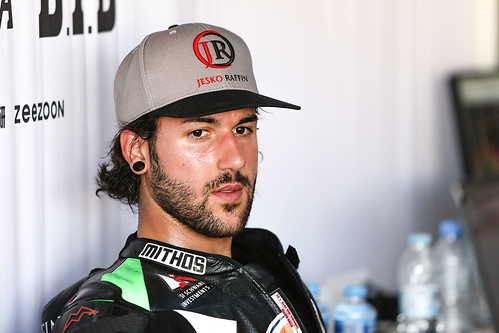 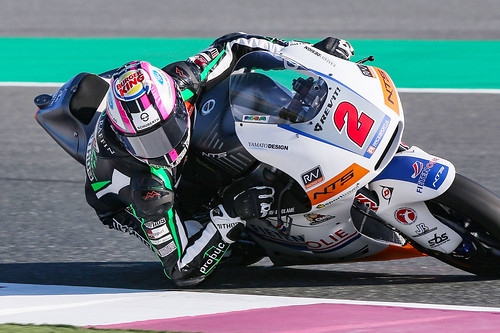 PrevBendsneyder constant, Raffin gets to know the NTS
Uitstekend begin Bendsneyder en Raffin in GP QatarNext
Back to overview