Riding pillion with Bo Bendsneyder or Steven Odendaal, taking a closer look at the engines, questioning crew chief Hans Spaan, taking photos and getting autographs. A few hundred interested people had a great day this Tuesday at the TT Circuit in Assen, where NTS RW Racing GP opened the doors for fans and relations.

“During a Grand Prix weekend it is too busy to get a closer look,” said NTS RW Racing GP team manager Jarno Janssen. “We often receive requests from people who want to take a look behind the scenes. This day was ideally suited for that. Although it was on a weekday – a weekend is difficult in the middle of the season, but for next year we will look at the possibilities on a Wednesday – it was nevertheless a busy and very enjoyable day. I’ve only seen happy faces.”

A number of lucky ones who had refueled at the Fieten station at the Beilen exit were given the opportunity to ride with Bo Bendsneyder and Steven Odendaal on the back of the motorcycles made available by Triumph Netherlands, with the cooperation of suit manufacturer Rev’IT! After two rounds on the TT Circuit everyone stepped off with a big grin, without exception.

Bendsneyder also rode a few demonstration laps for video recordings and photos, and also took the chance to practice his starts. Employees of the TT Circuit were kind enough to operate the starting lights so that the Dutchman could actually practice. Steven Odendaal only did the duo rides after his crash last Sunday in Le Mans, injuring his knee. 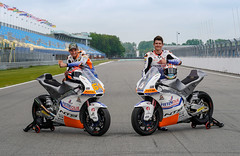 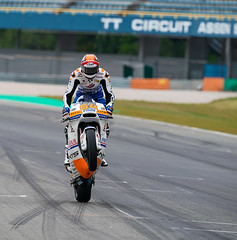 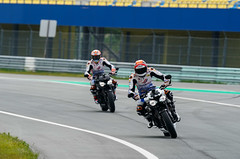 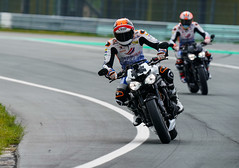 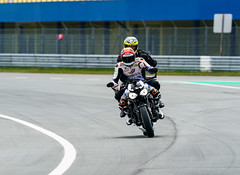 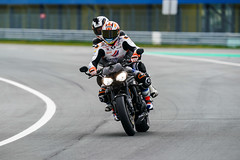 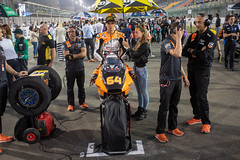 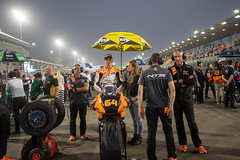 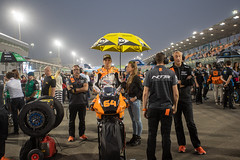 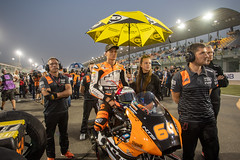 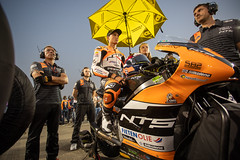