As the son of a former motocross racer, Simone Corsi gets on a motorcycle for the first time at the age of four. After seven successful years in various Italian championships, Simone made his Grand Prix debut in Misano in 2001.

In 2003, at the age of 16, he completes his first GP season in the 125cc as Andrea Dovizioso’s teammate with the Scot team. A year later he achieved his first podium at the Motegi circuit in Japan.

In 2005, he moved to the 250cc class with the Aprilia RSV 250 from the MS Aprilia Italia Corse team, with teammate Alex De Angelis, gaining him fifth in Catalonia and finishing the season in 14th.

The following year he returns to the lightweight class, where he achieved his first victory in 2007 (Turkey) and in 2008 won four more times (Spain, Portugal, Italy and Valencia). That year Corsi finishes second in the championship behind Mike di Meglio. Corsi is particularly distinguished by excellent performance in rain races.

After a disappointing 2009, Corsi moved to the Moto2 class in 2010, where he with JiR, as a teammate of Mattia Pasini, achieves two third places and ends the season in fifth. With another series of podium places – the last so far in 2016 – Corsi makes it to his 250th Grand Prix in Mugello in 2018. Halfway through 2019 he is replaced by his team Tasca Racing by his former teammate Pasini. As a replacement for Steven Odendaal, Simone Corsi makes his return to the Moto2 at NTS RW Racing GP. 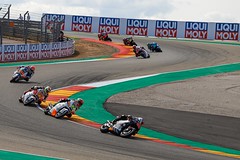 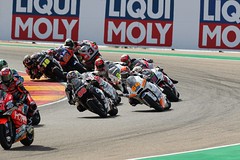 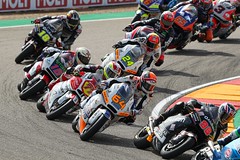 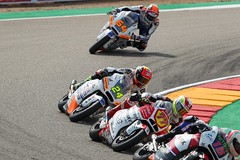 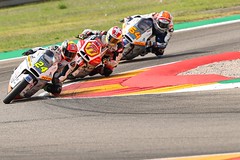 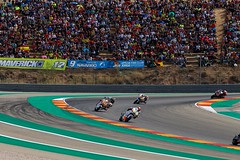