Bendsneyder and Corsi are making progress in Misano

Bo Bendsneyder and Simone Corsi were a lot faster around the Misano circuit on the second day of the San Marino Grand Prix. Unfortunately, that did not result in a better starting position for the Moto2 race on Sunday. Because of that, there were mixed feelings at NTS RW Racing GP.

Both Bendsneyder and Corsi were about a second faster than on the first day. Corsi recorded 1.38.544 in the first qualifying round. Bendsneyder set 1.38.607 in that session. With these lap times the NTS riders finished in eighth and ninth respectively, which was not sufficient to advance to Q2.

“They are both considerably faster than yesterday and have made quite big steps in this competitive field. We are happy with that, but of course we cannot be satisfied with the 22nd (for Corsi) and 23rd (for Bendsneyder) starting positions,” said NTS RW Racing GP team manager Jarno Janssen.

Bo Bendsneyder: “Compared to the first day, things went a lot better. Already in the third free practice I could improve my times considerably. We could also improve again in Q1, but not enough to make it into Q2. I am happy with the improvements, also for the race tomorrow, but not with 23rd place.”

Simone Corsi: “It didn’t go as I had hoped for. We tried a different setting, but it gave me more chatter at the front, so that wasn’t good. Despite the somewhat disappointing 22nd place, I think it should be possible to go for the points tomorrow.” 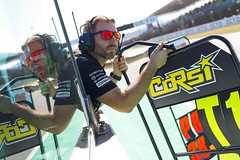 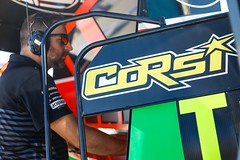 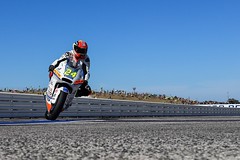 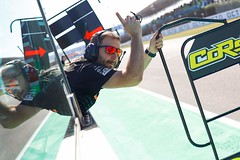 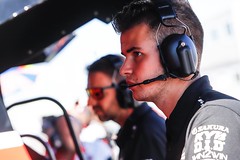 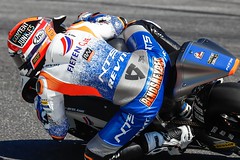 in News / San Marino
« Previous
Next »