Disappointment for Bendsneyder and Odendaal

The result of the Moto2 race in the Catalan Grand Prix was not what NTS RW Racing GP had hoped for. 18th place for Bo Bendsneyder and 22nd for Steven Odendaal were disappointing.

The start of Odendaal was good, from 27 to 20, but the South African was quite bothered by the consequences of a warmup crash. Bendsneyder, starting from 14th place, lost a lot of positions in the first lap and had difficulty making up for it.

“It is a disappointing day for both riders, but also for the team,” said NTS RW Racing GP team manager Jarno Janssen. “We expected more. It is a shame that Bo’s good qualifying result was lost so quickly. The lap times were so equal that it was impossible to move up. We would rather have gone to our home race in Assen with a better result, but I am confident that we can show what we have as a team there.”

Bo Bendsneyder (18 at +33,315): “I am very disappointed with the result. It is very strange, because we had the same setup that worked so well on Saturday, but I had a hard time keeping the bike on track coming out of the corners. The tire spun a lot more than yesterday and therefore I was short of three-tenths per lap to be able to fight for points. Really a shame, because the team worked incredibly hard and I would like to have paid back those efforts with a good result. We have made a good step with regard to qualification this weekend and that is positive. We are testing on Tuesday in Barcelona and hopefully we can find out what we need to improve in the setup.”

Steven Odendaal (22 at +47.623): “The start was good, but the race wasn’t. I had hoped for a better result, but it was not possible, unfortunately. I’m really sorry for the team that works so hard.” 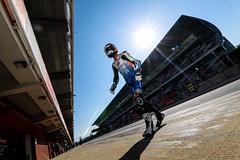 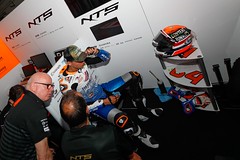 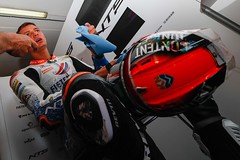 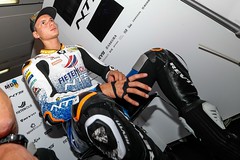 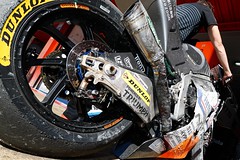 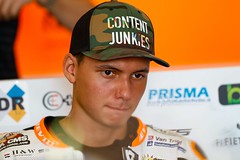 in Catalunya / News
Next »