No points in difficult Aragon GP

Luck should have been a bit more with Bo Bendsneyder and Simone Corsi to grab points in the Grand Prix of Aragon. Bendsneyder had little grip at the start of the Moto2 race and finished 18th, while Corsi suffered from chatter at the end of the race and crossed the line in 21st.

The Italian got away well 26th on the grid at Motorland Aragon. He won six places in the opening phase. In lap 7, crashes from Nagashima and Roberts earned him another two places. Three laps later, however, Corsi had to give up 18th place to his teammate and gradually lost the connection.

After a reasonable start from 21st place, Bendsneyder lost a few places in the first lap, and even saw his teammate pass by, but the Dutchman recovered well. In the ninth lap he found the connection with the group of four led by Corsi and two laps later he took the lead from the Italian. Bendsneyder could not close the gap to the group that fought for the points, but managed to keep Dominique Aegerter and Jesko Raffin neatly behind him to finish in 18th place.

“It is important that we become better at qualifying in order to be in a better position for the race,” analysed NTS RW Racing GP team manager Jarno Janssen. “We must win places there and ensure that we do not lose too much during the first laps of the race. This is getting better, but we still have to work very hard on this. If we can realize this then we will get to where we need to be: in the points. As a whole, we are not dissatisfied with how Bendsneyder is doing now. Too bad Corsi was unable to maintain the pace during the race and fell back. I would like to thank him for his work in the past two GPs. We will continue with the information he could give us. From the next race (Thailand, in two weeks), Jesko Raffin will take the place of Corsi.”

Bo Bendsneyder (18 at +28.609): “It’s a bit the same story as last week in Misano: this is not the result we wanted. Not me, nor the team. At the start of the race I had little grip, so I could not stay with the group. After that I was able to increase the pace again and keep it constant, but I could not close the gap anymore. We need to see what we can improve in terms of grip to be better next time.”

Simone Corsi (21 at + 37.526): “It was a difficult race. I had a good start, but after six or seven laps I suffered from chatter, which prevented me from keeping up the speed. I am happy that NTS RW Racing GP and the sponsors gave me the opportunity to race again. It was nice working with this team and I wish them every success for the next races.” 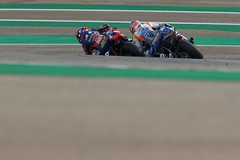 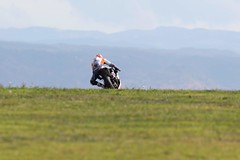 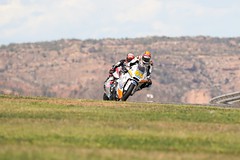 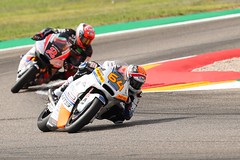 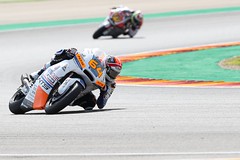