Bo Bendsneyder has concluded the 2020 season with a strong race and three well-earned points. Although he had hoped for more in the GP of Portugal beforehand, Bendsneyder could be satisfied with thirteenth. Dominique Aegerter finished the Moto2 race in twentieth place.

Bo Bendsneyder’s start from sixteenth place did not go smoothly, partly due to a crash by Di Giannantonio and Bulega. From 22nd place, the Dutch rider of NTS RW Racing GP worked his way forward. At the end of lap 2 he was already in eighteenth. In lap 6, Bendsneyder took a big hit by steaming up to fifteenth and in lap 8 he ended up in fourteenth place after a long lap penalty for Canet.
From that point on, Bendsneyder started a race that consisted of closing a three-second gap on Nagashima. In lap 19 he was able to overtake the Japanese and started the next catch-up race, a gap of three seconds on Schrotter this time. Bendsneyder managed to close in to 0.134 on the German in the final lap, but was just half a lap short to take twelfth place. Bendsneyder rode his fastest lap of 23 in the final lap: 1.43.298. With that he finished at 16.998 from the winner.
In thirteenth place, Bendsneyder’s NTS was again the best non-Kalex. With the three points he earned in Portimao, Bendsneyder came to a total of 18 points, closing the 2020 season in 23rd place in the Moto2 World Championship.

Dominique Aegerter was unfortunately unable to add more points to the four he gained in Austria. The Swiss could take advantage of the melee at the start and advance from 22nd place to 17th at the end of the first lap. In the fourth lap he exchanged eighteenth place with his teammate Bendsneyder, but he also had to let Luthi pass right away. It then became a somewhat lonely race for Aegerter, who finished in twentieth, 44.924 behind race winner Remy Gardner.

NTS RW Racing GP team manager Jarno Janssen was pleased with Bendsneyder’s race, as the conclusion of an impressive end to the season. “It was a very strong race for Bo, and indicative of a good closing phase of the season. It is satisfying that we can end a season, that has been fierce and far from easy in every aspect, in such a positive way. Together, thanks to the efforts of everyone in the team, we have shown that it is possible and that we can be really competitive. I would like to thank the whole team, everyone at NTS and our riders – Bo Bendsneyder, Dominique Aegerter, Piotr Biesiekirski and Jesko Raffin – for their commitment this season. ”

Bo Bendsneyder: “After the first lap, I thought ‘that’s my top 10 gone’, but I could flip the switch and use that frustration as a motivation to fight. I could overtake them every lap, the guys in front of me. I lost a bit of time when I got off the track while trying to outbrake Dominique, so I had to start over. I learned from that mistake and in the remainder of the race I was able to keep up my own pace, also when overtaking other riders. It is a pity that I just couldn’t catch Schrotter for twelfth, but I have to be satisfied with thirteenth place. Overall, it has been a good weekend, just like the previous weekends. I am happy with how we ended the season. That gives a good feeling.”

Dominique Aegerter: “We expected a lot more from this race, but unfortunately it just didn’t work. I was struggling entering the corners and nearly crashed a few times. That took a toll on my confidence and despite trying to ride as smooth as possible, I couldn’t find the confidence back. It’s a shame for both myself and for the team, after all the hard work they did. I would have loved to gain a few more points. I’d like to thank NTS RW Racing GP for the chance to ride again and their trust in me. We’ll see what the future brings…” 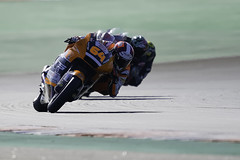 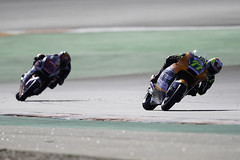 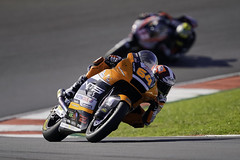 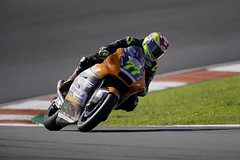 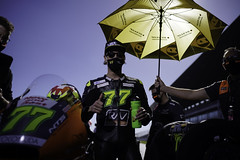 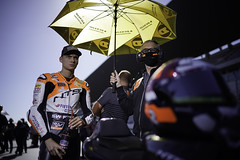 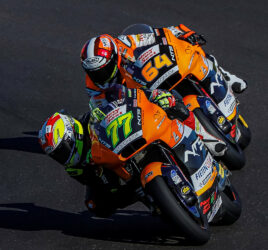