Bendsneyder close to the top on the first day

On the first day of the GP of Valencia, Bo Bendsneyder has consistently been in the top part of the rankings. The Dutch rider of NTS RW Racing GP finished FP2 with the fourth fastest time (1.35.052), which in the combined standings was good for eighth place. Piotr Biesiekirski crept considerably closer to the top times with his 1.37.429. In terms of position, however, it didn’t bring him further than 29th.

Conditions this Friday were a lot better than a week ago at the same Ricardo Tormo circuit. Thanks to that not only were the times a lot faster, the differences were also much smaller. With 1.35.287 Bendsneyder was much faster in FP1 already than last week on a dry track. That time resulted in thirteenth place, 0.432 from the fastest time. In the afternoon Bendsneyder set 1.35.052: the fourth fastest time with a difference of only 0.159. With the eighth fastest time (+0.197) in the combined rankings, he is provisionally placed for Q2.
Piotr Biesiekirski was also a lot faster than his best time of last week. In the afternoon session he managed to improve from 1.37.469 of FP1 to 1.37.429. The difference to the top was 2.536.

Bo Bendsneyder: “The good thing is that today we could start on a dry track right away, with last week’s race as the starting point. In that race there was not so much grip, because it had rained the two days before, and that was much better now. In my second lap in FP2 I was already faster than last week in the race. Since I immediately had a good feeling, we have changed little. In FP2 I was thus able to concentrate on two long runs and a time attack. I notice a slight vibration at the rear. Maybe we have a little too much grip now. We need to have a closer look at this, so that we can continue our progression tomorrow.”

Piotr Biesiekirski: “After a promising morning we’ve arrived at a bit of a wall in the afternoon. I’m able to lap consistently in 1.37s and pretty much matched my best time from the first session but I can’t seem to improve further so we’ll see what we can do about that tomorrow. The bike is working great though. We pretty much have the same setup as Bo at the moment and he was really fast today so there’s clearly nothing wrong with the bike. I’m looking forward to putting my head down tomorrow and continue to work hard to improve.” 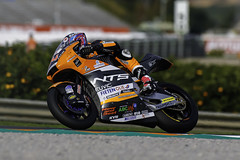 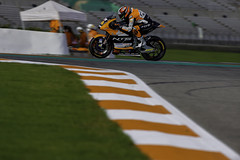 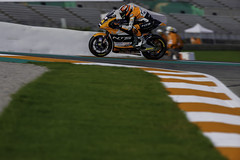 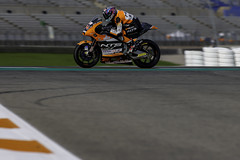 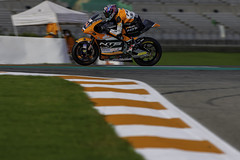 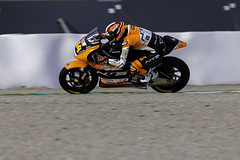