Mixed conditions again played a major role today, with a wet but drying track at the Ricardo Tormo circuit in Valencia. In Q1 Bo Bendsneyder ended fourth on wet tires, but in Q2 the Dutchman went out on slick tires, bringing him to 14th spot for tomorrow’s Moto2 grid. Piotr Biesiekirski managed to finish FP3 in third, but in Q1 he couldn’t repeat that superb result. The Pole will start the GP of Europe from 30th on the grid.

A damp but drying track under heavy clouds was the scenery for FP3. With a forecast for a dry afternoon many of the riders decided not to take any risks and stay in for most of the session. Bo Bendsneyder went out for only four laps. Piotr Biesiekirski waited for about half an hour, but did go out in the latter stage of the session, with slicks, posting a remarkable third fastest time with 1.47.123. Had he managed to repeat that laptime in Q1, Biesiekirski would have easily qualified for Q2, but his 1.50.286 was not enough.
The circumstances had changed again for Q1, after another downpour, just at the end of Moto3 qualifying, had ended any chance of a dry circuit on Saturday. On a wet but slowly drying track Bo Bendsneyder went from first to eight and back again in Q1, until he finally managed to set a lap time of 1.46.590, promoting him to Q2 in fourth position.
In the second qualifying round it was more of the same, but this time on slick tires. Bendsneyder was in sixth for a while, but despite being 3 seconds faster (1.42.662), good enough for tenth at first, he finished in 14th in the end. The difference to the top was remarkably big with +3.726. The first six riders were within half a second, but number 7 was already over a second from pole sitter Xavi Vierge.

Bo Bendsneyder: “It was a strange qualifying session indeed. We had to come from far behind, but managed to finish in fourth in Q1. It was still a bit too wet in Q1 for slick tires, but at the start of Q2 it was dry enough. Nevertheless there still were a lot of damp patches and I didn’t feel very confident. Finishing in 14th is satisfying enough considering the circumstances. We have to wait and see what happens tomorrow. The forecast is that it will be dry, but that’s what they said for today as well… In case of dry, warmup will be very important, as we have little experience of a fully dry track.”

Piotr Biesiekirski: “After a promising session this morning, when I felt really good on slick tyres on a drying track and finished third, the qualifying didn’t go according to the plan. Most of the track was dry but it was still way too wet for slicks in places, especially in turns 8, 12 and 13. The session started well but I was pushing and overriding the tyres too much for these conditions. I was also losing a lot of grip midcorner, which is something we need to look into. I’ve done my best lap under a yellow flag so it got cancelled but it wouldn’t have changed much anyway. It was a tricky two days but looks like tomorrow we’ll have a dry race and will be starting from scratch again so anything can happen.” 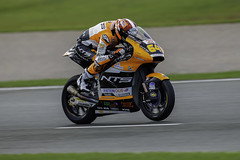 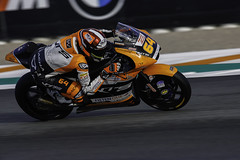 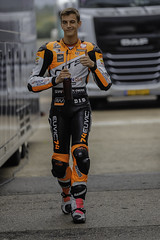 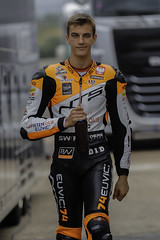 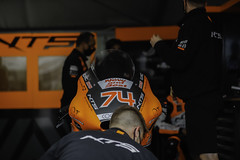 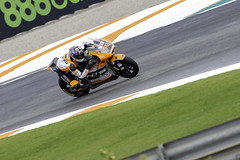