Jesko Raffin made a wise decision in the seventeenth lap of the Moto2 race of the San Marino GP. The Swiss put his NTS in the pit box and retired from the race. Bo Bendsneyder did make it to the finish. The Dutchman crossed the line on the Misano World Circuit Marco Simoncelli in nineteenth.

It was taken into account that Raffin would not make it to the finish, due to the fatigue complaints that continue to haunt the Swiss. Nevertheless, Raffin made a brave start. After starting from 27th place, he came through in 25th after the first lap, shortly behind his teammate Bendsneyder, who was unable to win any places in the opening lap.
That came a little later, after a battle with Izdihar, among others. Slowly but surely, Bendsneyder moved up in the rankings to finally finish nineteenth at 35,844 from winner Luca Marini. Bendsneyder did not want to respond afterwards.
It was easy to see that Raffin was struggling. He lost more ground per lap. Half a lap behind the leading group, he decided to throw the towel.

Jesko Raffin: “This must have been the hardest race weekend of my career. It’s the first time ever I had to give up and I feel terrible about that. The plan was to stick with the group as long as possible and keep up as long as possible, but after fifteen laps or so I was exhausted and I started to make mistakes. It became too dangerous, so I decided to retire. I hope to recover well this week to be in a bit better shape for next weekend.” 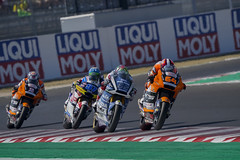 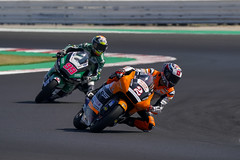 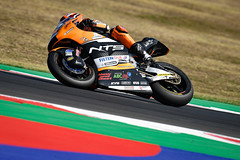 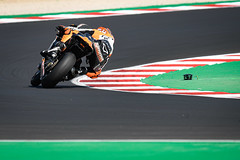 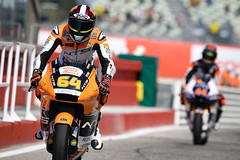 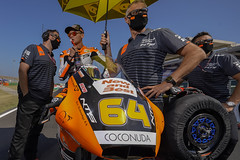