Aegerter and Bendsneyder are making progress

It are small but encouraging steps forward that Bo Bendsneyder and Dominique Aegerter made on the first day of the Styrian GP. Compared to last weekend, the differences on the Red Bull Ring had become smaller. Aegerter ended the day with the 18th fastest time (1.29.528) in the combined standings of the two free practices. Bendsneyder finished in 27th place with 1.29.956.

The combined standings are largely based on the times that were driven in the first practice for Moto2. Hardly any times were improved in FP2 and it was clear that everyone had difficulty with the higher temperatures.
For the riders of NTS RW Racing GP, the return to the Red Bull Ring, this time under the flag of the Austrian state of Styria, was a small improvement compared to a week ago. In any case, the differences to the top were slightly smaller than last weekend. Aegerter was at 0,795 of the fastest, Bendsneyder at 1,223. A total of 24 riders were within a second.

Bo Bendsneyder: “It’s not where we need to be yet, but the bike was certainly easier to ride this morning than last weekend. The bike is set-up very differently than last week and I still have to get used to that. As a result, a very fast lap was not yet possible. We are certainly still too far away, but the differences are smaller and that is positive. It was not possible to improve the times this afternoon in the warmer conditions, but we did find something that might help us tomorrow.”

Dominique Aegerter: “We got off to a good start this weekend. The team has done a good job: we are in the right direction and I have a good feeling with the bike. I was able to go about the same speed as last week in qualifying, so that’s positive too. Hopefully it will also go well in qualifying tomorrow. Getting to Q2 would be nice, but it will also depend a bit on the weather.” 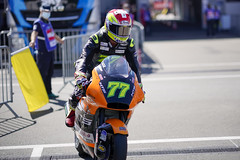 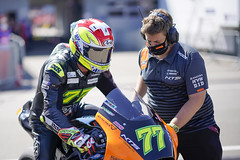 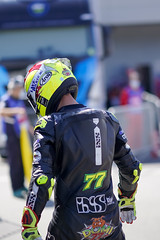 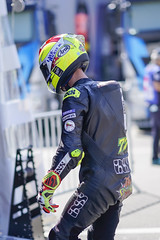 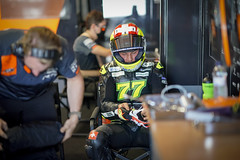 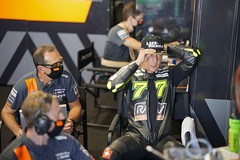