Fine qualification for Bendsneyder and Aegerter

In Q1 it was important to set a sharp time right away, as long as the Moto2 could still take advantage of the MotoGP rubber at the Brno circuit. Bendsneyder set a time of 2.02.230 in his second lap and thus secured second place. The first four of Q1 advance to Q2, where they compete for the places of the first six starting rows.
In that Q2 the grip was a lot less, so Bendsneyder had to settle for seventeenth place with 2.02.827. That was slightly less than what the Dutchman had hoped for after that excellent Q1.
Aegerter, on just his second day on the NTS, had the ninth fastest time (2.02.544) in Q1, meaning the Swiss will start tomorrow’s Moto2 race from 23rd place on the grid.

Bo Bendsneyder: “I had a good feeling in Q1 and immediately set a good time. In Q2 the grip was low, because there is no rubber from the MotoGP anymore. I had a lot of chatter in the bike. That made it very difficult to do a good lap. Too bad, because I thought I would end up somewhere between tenth and fifteenth place. I am glad that we got through Q1 so well and that I didn’t leave anything there.”

Dominique Aegerter: “We have been able to improve considerably today. The team has worked hard on my riding position and the settings and I have been able to get used to the NTS more and more, and as a result I can ride faster and more comfortably. In Q1 there were only two laps where we have grip thanks to the rubber of the MotoGP and in that short time I couldn’t get to a perfect lap. That is a shame, because it could have been better. What is good is that we can maintain a very constant pace even when the tires wear out. The consistency is better than what the starting position would suggest. It will be a long race, of nineteen laps in the heat, but I have the confidence that we can push to get a good result.” 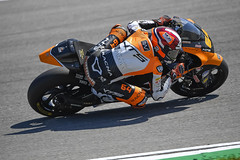 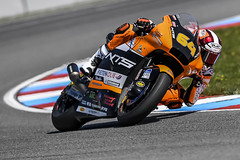 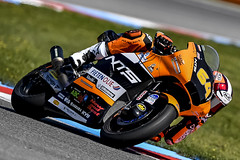 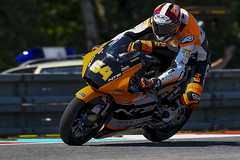 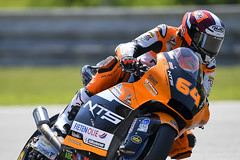 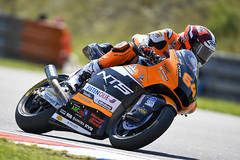