After Bo Bendsneyder’s eleventh place in Qatar, NTS RW Racing GP had imagined the restart of the 2020 season differently. Bo Bendsneyder and Jesko Raffin struggled in the scorching conditions at the Jerez circuit. Both ended the GP of Spain without points: Bendsneyder crashed in lap 8, Raffin crossed the finish line in 21st.

It was already clear that it would be a difficult race. The heat in southern Spain at this time of year is not in favour of the NTS. Because normally Moto2 is never in Jerez in this heat, there was little information beforehand. Partly due to the development stop as a result of the corona crisis, the team was barely able to respond to the circumstances. A large package of new parts is ready in Japan, but the team is not allowed to use it. In the practices there is little time to try all kinds of things with the settings.
As a result, Bo Bendsneyder had to start the second race of the significantly shortened season from 22nd place, and Jesko Raffin from 29th place. In the first lap, Bendsneyder lost a few places. He had problems with the front of the machine all weekend and the weight of the full tank did not help. At the back of a group of about ten, he was able to return to his starting position but in his attempts to stay with the group, in turn 9 he lost the front.
Raffin was able to finish the race. The Swiss ended in 21st place to collect valuable data that the team can use to see if it can be better prepared for the next race, also at the Jerez circuit next weekend already.

Bo Bendsneyder – DNF: “I had little feeling on the front all weekend. I tried to join the group, but lacked speed. I did everything I could to follow and in doing so I lost the front in turn 9. A disappointing end to a difficult weekend. Fortunately, we have a new chance next week.”

Jesko Raffin – 21st: “It is a bad result for sure, but the good thing is we were able to get a lot of data and we have almost a week time to work with it. A race – even a bad one – gives us much more information than we can gain in practice or in testing. I think we know now what we have to change to get a better start on Friday. For now we have a few days off to work, rest and reset for the next one.” 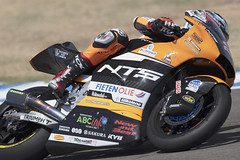 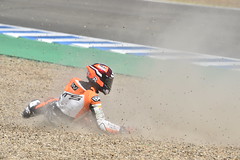 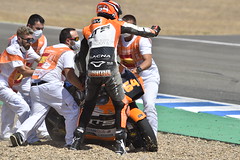 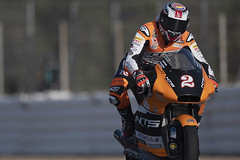 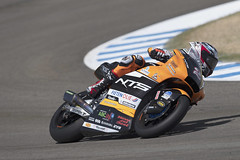 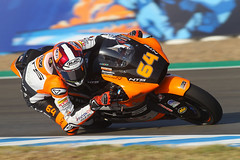