On the first official day of the Spanish Grand Prix, the heat continued to play tricks on NTS RW Racing GP. Bo Bendsneyder and Jesko Raffin were faster than Wednesday in the test, and the differences with the top narrowed slightly, but it was not enough.

It was baking hot again in Jerez, with an asphalt temperature of well above 50 degrees Celsius. Given the time of qualifying tomorrow, therefore, the result in the second free practice, this afternoon, was most important. Bendsneyder finished in 24th place with 1.43.405, Raffin in 29th with 1.44.476. In the first practice, in slightly less warm conditions, both riders were faster, but the differences with the top were slightly larger.
So Bendsneyder and Raffin took a small step, but they were not satisfied. The problems that arose in Wednesday’s test, and which were largely due to the hot conditions that Moto2 normally does not experience, were not all resolved by Friday.

Bo Bendsneyder: “It was a very hard day. We’re having a difficult time. I still don’t have the confidence in the front and that makes it difficult to set a good lap time. We are now going to analyse the data once more and try to solve the problem. The differences are small, but we really have to make that step to be there where we need and want to be.”

Jesko Raffin: “The team has worked hard, but we cannot be satisfied with this result. We are too far away. I am constant, but not fast enough. We have to work hard to solve the problems and to be more competitive tomorrow.” 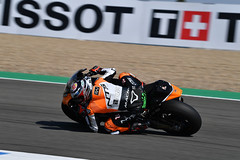 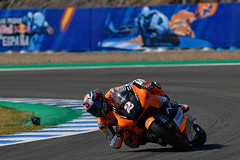 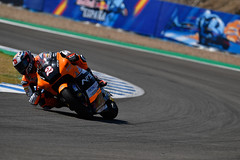 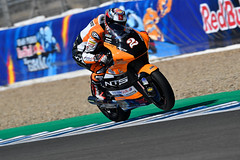 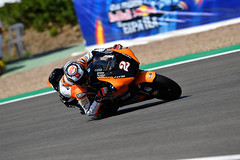 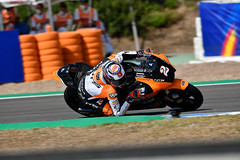