Bendneyder and Raffin are making progress

On the second day of the official IRTA test in Jerez de la Frontera, Bo Bendsneyder and Jesko Raffin made good progress. Also today the riders of NTS RW Racing GP tried out many new things in the run-up to the first Grand Prix of the season.

The first day was mainly about building rhythm, making miles and getting acquainted with the new machine, on the second day serious efforts were made to try out new parts and settings and to see what happens with adjustments. The main work was done by Bendsneyder, as Raffin suffered two crashes that made it impossible for him to follow the testing program. That they were improvements was apparent from the fact that both Bendsneyder (1.41.716) and Raffin (1.42.674) were faster than on the first day.

Bo Bendsneyder #64: “We tested many different things today, including new parts from KYB (suspension). We have also tried a number of things for the longer term so that if we have a problem we understand what happens when we change something. That was all very positive. We were able to make further steps compared to the first day. This morning I was faster on harder tires than yesterday. We then did a small time attack on soft tires. That was certainly not wrong. Tomorrow we will see if we can find anything about time and of course also work on other improvements.”

Jesko Raffin #2: “It was not a good day for me. It already started with a major crash in the first session. I lost the front at high speed and hurt my right wrist. In the second session it was important to get the feeling back and see how my wrist was doing. It didn’t go bad, I improved my time, but I crashed again, this time in the not so fast second corner. Besides my wrist I now also had pain in my back. The third session was only about seeing how it went and especially not crashing. The team did a great job by rebuilding the bike twice and I am sorry that I could not do much about testing. I hope that I can recover enough tonight to be able to get back to work tomorrow.” 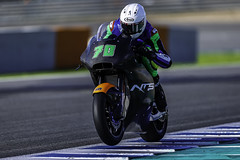 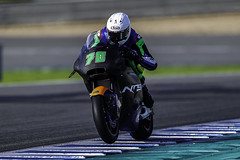 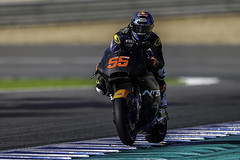 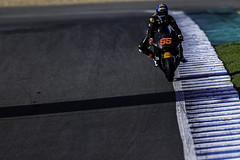 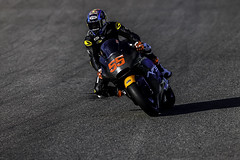 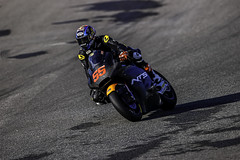