The result of Bo Bendsneyder and Tommy Marcon in the Valencia Grand Prix was not what NTS RW Racing GP had hoped for to end the season with. The Dutchman finished 24th, the Italian finished in 27th place. The shortened Moto2 race, however, provided a lot of valuable information with which NTS and the team can continue in preparation for the 2020 season, which starts on Wednesday with a test in Jerez.

Based on the practices and the qualification, Bendsneyder and the team had high hopes for points. However, that was not possible. The start of Bendsneyder was not bad, but certainly not good enough to fight towards the top 15. Only in the final phase could the Dutchman pass Ekky Pratama and only then did he ride his fastest lap times.

Tommy Marcon reached the finish of a Grand Prix for the first time. He also had a reasonable start, but the Italian lost positions in the second lap when he went too wide. He was able to make up for that loss along the way, so that he eventually crossed the line in 27th place.

The Moto2 race was shortened to sixteen laps and started half an hour later than planned due to an oil trail and a massive crash in the Moto3. In the Moto2 only two falls occurred.

“Also in this race it did not come true what we had hoped for,” said NTS RW Racing GP team manager Jarno Janssen. “We have had an eventful year. We expected more based on the omens. We were unable to make the step that was necessary. There are various reasons for this. One of the factors that played a role is that Bo Bendsneyder was largely alone. Because of the injury that Steven Odendaal had sustained, he missed the start of the season and he could not catch up. We were lucky with Jesko Raffin, who did a lot of work, but after three races that was over and we had to start all over again. The introduction of a new, wider rear tire also did not work to our advantage. The development then suffers a setback and Bendsneyder couldn’t get any further either. That is a very unfortunate series of circumstances in only the second year of this machine. However, we have learned a lot and with that information we are working hard in Japan to start the new season with an improved machine.”

The 2020 season starts this week for NTS RW Racing GP with a two-day test in Jerez. There, Bo Bendsneyder and Jesko Raffin come into action – at least if the weather permits – with new chassis.

Bo Bendsneyder (24 at +25,732): “The problem in the race was that I couldn’t ride the lines and lap times that I could ride in the practice sessions. I couldn’t do the same in a group as I can when I ride alone. Only when I had a free track in front of me could I ride the way you have to ride this bike. After a good first half of the season we were stopped a bit, where others were able to make a step. We are now on the right track and we have been able to show that, but not often enough.”

Tommaso Marcon (28 at +32,617): “It is not bad, but not good either. I went wide when I wanted to attack. Call that a lack of experience at this level and with the bike. Without those mistakes I could have ended up closer to Bo and that was my goal. But riding an entire Grand Prix for the first time was a great experience, for which I want to thank NTS RW Racing GP very much. I hope to be able to serve the team more often, because I enjoyed it.” 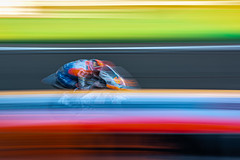 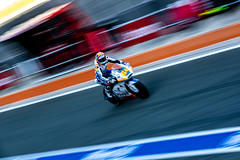 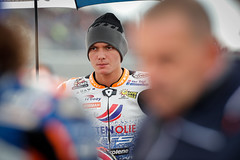 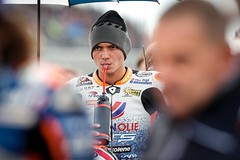 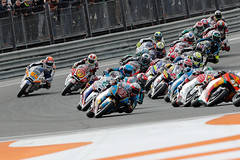 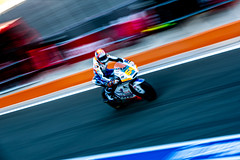 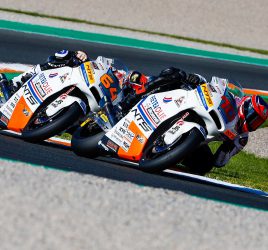 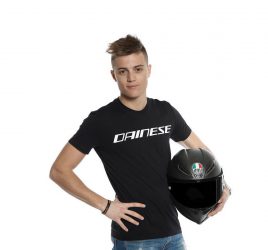