In the qualification for the Grand Prix of Valencia it was clear once again how minimal the differences are in the Moto2. Bo Bendsneyder came only five hundredths of a second (0.05) short to qualify for Q2. In that second qualifying round, his time of 1.35.082 would have been good for seventeenth on the grid. Instead Bendsneyder has to start tomorrow from position 22. His Italian teammate Tommy Marcon starts from P28.

On the second day in Valencia, the riders of NTS RW Racing GP continued the rising line of day 1. Bendsneyder again took a second off his time, but what is perhaps even more important is that the Dutchman gets more confidence every session. Marcon also gets better every session. The young Italian rode the fourteenth fastest time in Q1 (1.36.238) and as a result he managed to keep four riders behind on only his second day on the NTS Grand Prix machine.

Bo Bendsneyder: “We have made another big step. With every change we try, it works out as we expect and the feeling gets better and better, so that is very positive, also for the race. I am quite happy with the time, but it is of course disappointing that it was just 0.05 short for Q2. It was not a perfect lap, because I made a small mistake every lap, but I was able to set my times alone and fairly consistently.”

Tommaso Marcon: “It wasn’t too bad. I was again a second faster than yesterday and on my second day I am satisfied with that. The crash in FP3 was a shame, but luckily it didn’t bother me. In my fastest lap I have made too many mistakes and that is a bit disappointing, but I am glad that I have a number of riders behind me.” 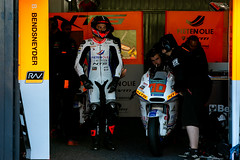 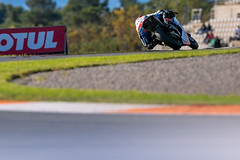 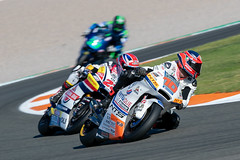 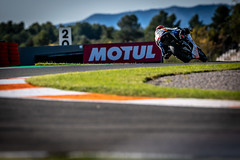 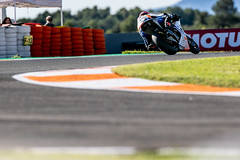 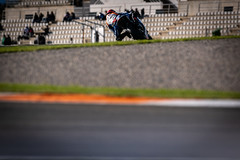