Disappointment for Bendsneyder and Raffin

The Grand Prix of Malaysia ended in a big disappointment for NTS RW Racing GP. Bo Bendsneyder crashed at the end of the first lap, Jesko Raffin finished in twentieth place. That was not what the team and riders had hoped for after the good qualification.

It was a combination of factors that caused problems. An important factor was that it was a lot warmer on the Sepang International Circuit than during the earlier sessions of the Moto2, so that the grip was a lot less and especially the front became unpredictable. This was also apparent from the many crashes: nine. However, it was no consolation for Bendsneyder that he was by no means the only one. Already at the end of the first lap, in the last corner, his race ended with a hard blow on the tarmac.

Jesko Raffin made it to the end of the race, but certainly not at the place that the Swiss had in mind after a start from sixteenth place. Every lap he lost time and positions, particularly on the straights. He crossed the line in twentieth, more than half a minute (37.044) from winner Brad Binder.

Bo Bendsneyder: “The feeling in the warmup was better than the feeling yesterday, so I had good hope that it could fight for a point, but after one lap it was all over. The start was good and in the first lap I was able to make up for a number of places. I was behind Bulega, who came out of the turn in too high a gear, so that we entered the first straight too slowly. Someone came by, who I wanted to catch up with immediately. I did not get the bike in second gear properly. As a result, I went too fast into the last corner and I lost the front. I fell hard on my right shoulder. It hurts, but otherwise I’m fine. In the first place I am disappointed and very sorry that I have not been able to reward my crew, who worked so hard this weekend.”

Jesko Raffin: “Obviously this is disappointing, but we knew in advance that we would struggle. A full race of 18 laps is not the same as one fast lap in qualifying and at the moment our bike is not stable enough for a full race distance. The positive is that in qualifying we were really fast and we have gathered information and learned a lot for the development for next year. I’m looking forward to that and I’d like to thank NTS RW Racing GP for giving me this chance to ride and for the hard work they have done.” 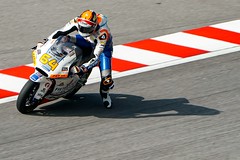 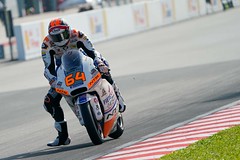 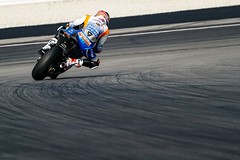 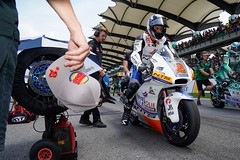 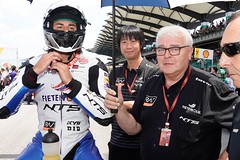 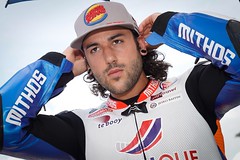