Huge progression for Bendsneyder and Raffin

NTS RW Racing GP worked hard to help Jesko Raffin and Bo Bendsneyder at the Sepang International Circuit and the team succeeded. The Swiss and the Dutchman both made a 2 second progression on the second day of the Malaysian Grand Prix. Raffin reached QP2 and starts the Moto2 race on Sunday from 16th place. Bendsneyder will begin from 23rd.

Already in the third free practice both riders of NTS RW Racing GP went much faster than on the first day. They were able to continue that progression in the first round of qualifying. With 2.06.363 Bendsneyder just came short of going to QP2. Raffin reached third place with 2.06.014, which allowed him to advance to the second round, where he came in 16th with 2.06.308.

The Moto2 race in Malaysia starts at 6:20 am Central European Time.

Bo Bendsneyder: “We have made a big step compared to yesterday. It’s a shame that I just couldn’t find a few extra tenths in QP1, but I’m happy with the progress we’ve made. I am curious as to how we are going in terms of pace tomorrow. It will be a long race and it will certainly not be easy, but we are going all the way for points.”

Jesko Raffin: “It was a great day compared to yesterday. The team worked very hard and more or less gave me a new bike. The feeling was already so much better in FP3. I could push where I wanted and in the way I wanted. In QP1 it was even slightly better. It is the first time that I came to QP2 through QP1. In that second round unfortunately I couldn’t push just as hard as in QP1, but with 16th place we can be quite happy on this circuit that is very difficult for us.” 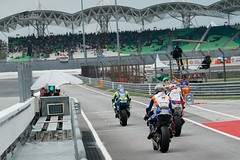 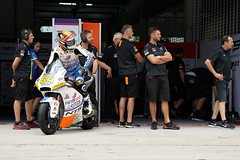 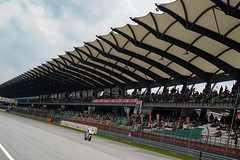 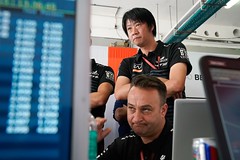 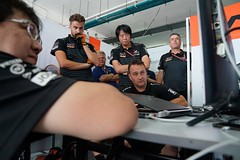 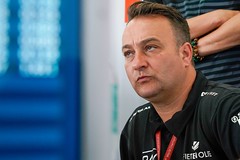