Bendsneyder and Raffin ride a solid race in Japan

Despite a good start followed by a solid race in Motegi unfortunately Bo Bendsneyder and Jesko Raffin stayed just outside of the points. Bendsneyder finished 16th in Japan, while Raffin had to settle for 19th. Both riders of NTS RW Racing GP had to come from far.

Bendsneyder managed to advance from 27th to 21st in the first lap of the Moto2 race of the Japanese Grand Prix. From there he could win places step by step. After a crash by Mattia Pasini, at whose tail Bendsneyder was sitting for most of the race, the Dutchman was in 16th place. With four laps to go, however, the gap to place 15 was too big (almost four seconds) to be able to fight for the points.

A few places behind Bendsneyder, Jesko Raffin switched to test mode when he lost connection due to a gearbox problem. The Swiss had a good start from 22nd place, but lost too much speed due to a touché in the first corner to make an advance.

Bo Bendsneyder (16 at +27.307): “I think we have had a strong race. I had to come from far, but I managed to win a lot in the first lap. There were quite a few crashes over the front, which shows that it was difficult to control the bike when braking hard entering the corners here at the TwinRing. It is a shame that we were unable to score points, but I am happy with how the race went. The team has worked hard – many thanks for that – and we have shown that we can be in a good position.”

Jesko Raffin (19 at +36.962): “I got away well at the start, but I touched someone in the first corner and as a result I lost a lot of speed towards the straight, which meant that a few could pass. I could hook up afterwards, but it was difficult to make enough speed to overtake, also because the gearbox showed some quirks. When the field had opened, I realized it would not be possible to go for points, so I started to try some things to better understand the bike and see how changes in my riding style would turn out. I am glad that I did that, because gradually it became easier to ride the bike and I became faster, even with worn tires. It will be interesting to see how things develop in Australia and Malaysia if I start riding this way from the start. I look forward to it, because it feels like we are really on a good way.” 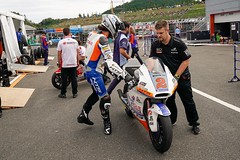 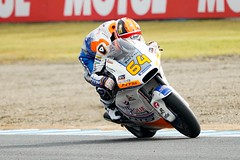 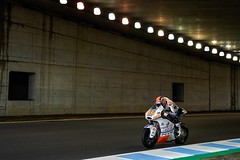 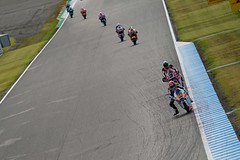 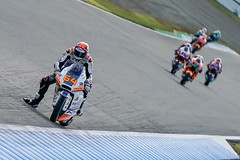 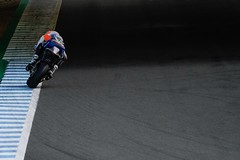