The result was not satisfactory, but the information that Bo Bendsneyder and Jesko Raffin collected during the Moto2 race of the Thailand GP is very valuable. Both riders of NTS RW Racing GP ran into roughly the same issues and frame builder NTS and the team can use that data to improve.

The 20th place of Bendsneyder and the 22nd place of Raffin were of course not what NTS RW Racing GP and the riders were hoping for. On the scorching hot Chang International Circuit in Buriram, the asphalt reached temperatures well above 50 degrees Celsius. The pace was considerably lower than in the practices and qualifying.

In the first lap, both Raffin (from position 23) and Bendsneyder (from position 25) lost a number of places, making it difficult for both to keep up. A group of six was formed, with among others Mattia Pasini and Fabio Di Giannantonio, in which Bendsneyder and Raffin changed places.

Gradually both could win some positions. Raffin was caught up by Philipp Oettl after a little mistake and lost the connection with the group in which Bendsneyder also came more or less alone. As 20th and 22nd respectively, the NTS RW Racing GP riders entered the closing stages. In the final lap, Raffin managed to snatch Oettl to claim 21st.

Bo Bendsneyder (20 at +27.715): “I had a good start, but in the second corner I came across Di Giannantonio, and we both ended up outside the track. I came back in only 30th place. I have been able to make up for something, but it was too far away for the points. It is clear that we have some problems. Jesko indicates that he too is troubled by chatter. Now that there is more information about this, the team can focus on finding solutions and that is positive.”

Jesko Raffin (21 at +34.863): “The start was not great and I could not get up to speed right away. That was more about me than the bike: I just miss the experience, the rhythm and the feeling with the machine. The good thing is that we have been able to gather a lot of information and that we can now work better on solutions. The fact that I was able to overtake Oettl in the final lap is also positive. That means that we are fairly constant over a whole race and can maintain the same pace. Now we have to make sure that we get faster from the beginning.” 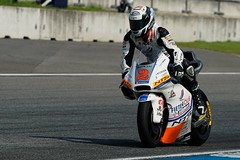 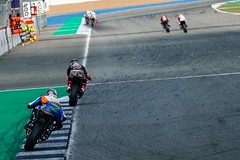 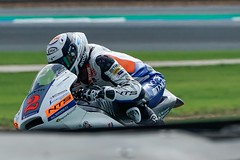 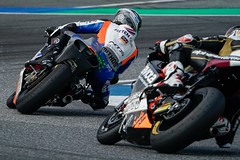 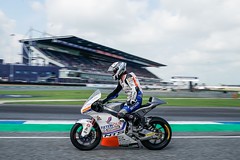 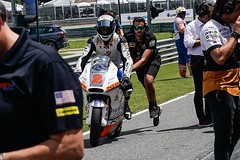