Bendsneyder and Odendaal know where to find improvement

The results at the end of the first day of the British GP were not very good. Yet Bo Bendsneyder and Steven Odendaal are quite optimistic. Both riders of NTS RW Racing GP know what went wrong and where the improvements can be found for the sequel on the sun-drenched Silverstone circuit.

Bendsneyder started the day well in eleventh (2.06.160) in the first free practice. However, he was one of three riders in Moto2 who did not improve his time in the second session. That resulted in a final 21st place at 1.480 of the fastest time and half a second to the top 14.

Bo Bendsneyder: “This morning was good, with a good feeling with the bike too. For FP2 we opted for a slightly longer gearing, but that did not work out well. In the middle of the turns I was faster, but coming out of the corner I was worse. The fact that I lost a lot there was also clearly visible in the data. Unfortunately there was not enough time to change it back, so I had to deal with it. It was the wrong decision, and we now know which way to go. We know it’s possible, that was clear from the first practice. So I am hopeful that tomorrow morning in FP3 we can still reach the top 14 and go straight to Q2.”

Steven Odendaal: “I am not happy with the results, but for FP2 we have been able to find an improvement that made me a second faster. So it seems that we have found the right way and that is positive. The new asphalt on Silverstone feels good. Much better than last year.” 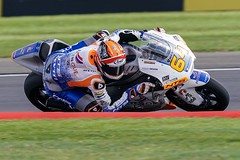 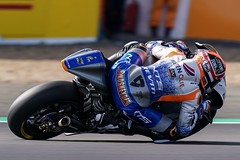 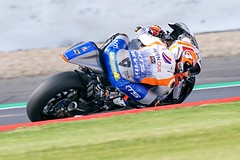 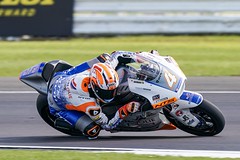 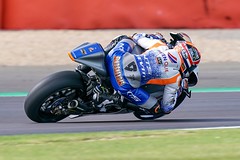 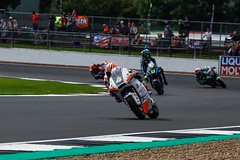