Bendsneyder and Odendaal not yet satisfied

Minimal differences and difficult circumstances due to high temperatures meant that Bo Bendsneyder and Steven Odendaal were not yet where they wanted to be on the first day of the Grand Prix of Austria. Bendsneyder was two tenths short for direct placement for Q2. Odendaal is a little further behind.

The riders of NTS RW Racing GP, especially Bo Bendsneyder, started the day on the challenging Red Bull Ring quite nicely. The Dutchman was in the top 15 for a long time, but fell back slightly in the final phase of the first practice. In the second session, in which it was considerably warmer with an air temperature of 32 degrees Celsius and an asphalt temperature of 49 degrees (against 38 degrees in the morning), he was one of the Moto2 drivers who managed to improve their times. With his 1.29.797 he finished nineteenth in FP2. No fewer than 24 riders were within one second. Steven Odendaal finished the day with his fastest time, set in the morning, of 1.30.557 in 27th place.

Bo Bendsneyder: “I have mixed feelings about today. I am obviously not satisfied with the position, but the pace was not that bad. In the second practice we were able to take a big step so that I could take half a second off my time. We are on the right track, I think. We hope to be able to find the last few tenths tomorrow so that I can go straight to Q2. We know roughly which way to go: probably the rear a little harder. If that works, it’ll have to be a blast for a good lap time, because it’s all very close.”

Steven Odendaal: “Beforehand, I was confident that we could do well here, because I think the Red Bull Ring is a great track and it suits my riding style. But the result is disappointing. It was a more difficult day than I expected and hoped for. We think we know which way to go, so hopefully things will get better tomorrow.” 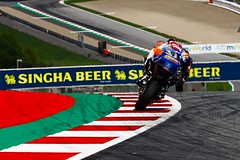 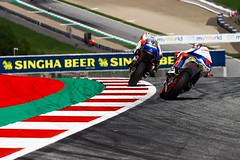 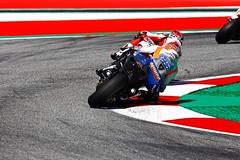 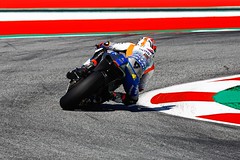 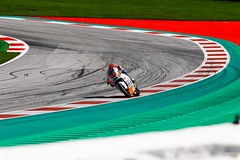 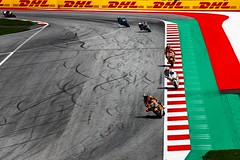