Excellent race not rewarded with points

The GP of Germany was perhaps the best race of the season so far for Bo Bendsneyder. Unfortunately, that was not rewarded with points. The Dutch rider of NTS RW Racing GP finished 16th at the Sachsenring. His South African teammate Steven Odendaal finished 23rd.

“Bo has done a heck of a race”, team manager Jarno Janssen complimented his rider immediately after the race. “It is strange to say that it was his best race so far, while he has also had races in which he did score points. He more than deserved it here in Germany, because he fought like a lion from start to finish. The start was excellent and certainly a considerable improvement compared to previous races. The first few laps were perhaps a bit too conservative, but if you see him holding back guys like Bezzecchi, Bulega and Folger: hats off. ”

Bendsneyder started the race from fifteenth, after having set the fifth time in the morning warm-up in chilly and damp conditions. A good start brought him to thirteenth position, but he lost a spot on the straight every time in the first five laps. From twentieth position, Bendsneyder began to fight its way forward. First Bezzecchi and later Bulega prevented the Dutchman from connecting with the group that fought for eleventh place. Only in the final phase Bendsneyder could pass them to finally finish in sixteenth place: a fraction away from the points.

Steven Odendaal rode a relatively lonely race. Starting from the 27th place he managed to climb quickly to 24, but because he got stuck behind another rider, he could not continue moving up. Once he had passed and he had a free track ahead of him, the difference with the group was too big for him to be able to close in.

Bo Bendsneyder (16 on + 18,077): “It’s a shame I couldn’t get points here, because it was a very good race. The pace was good, I was only one to two tenths short. As a result, I always lost places on the straight and it was difficult to make up for it in the middle. Only there did I lose it: on the straight. I certainly had the speed to fight somewhere around the top 10. Of course I am disappointed about those points, but I am very happy with the race.”

Steven Odendaal (23 at +37,655): “My start was good. I could see Bo in front of me. But one rider overtook me and I couldn’t pass him back till halfway through the race. As a result, we lost contact with the group. When I finally passed him, the difference was too big. I didn’t have the speed to close the gap. I have some homework this summer to improve things for myself in the second half of the season.” 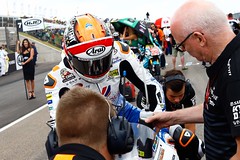 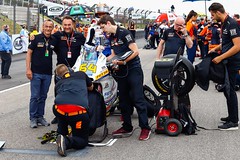 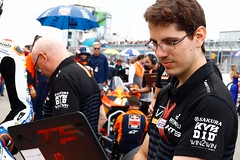 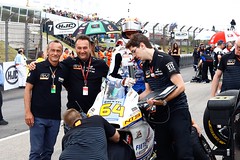 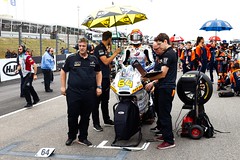 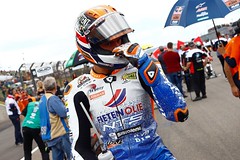