Difficult second day in Jerez for Bendsneyder and Odendaal

The qualification for the Grand Prix of Spain did not bring NTS RW Racing GP what the results of the first day in Jerez did hope for. In Q1 Bo Bendsneyder did the utmost, but that was just not enough to move on to Q2. The Dutchman therefore starts the Moto2 race on Sunday from position 20. Steven Odendaal finished twelfth in Q1 and is therefore in 26th place on the grid.

The results of the free practice sessions, with sixth place for Bendsneyder and the 22nd for Odendaal, brought high expectations. The third free practice on Saturday morning was also positive. Both NTS RW Racing GP riders improved their times, but that did not lead to a better position.

The circumstances on the Circuito de Jerez Angel Nieto were very different on the second day than on the first. Because of the clouds it was considerably less warm and that offered more grip, so that everyone was faster and the differences were a lot smaller. For Bendsneyder and Odendaal, that was not necessarily better.

Bo Bendsneyder (20 – 1.41.923): “It was a lot harder than yesterday. This morning was not bad: the times were better and we knew where the problems were. Unfortunately, we went in the wrong direction. Due to changes at the rear of the machine, the front was too hard. As a result, I lost too much in the fast corners. The final lap was good and I was able to improve my time there too, but unfortunately it was just not enough to reach Q2. The race pace is good, so with a good start it must be possible to have a good result anyway.”

Steven Odendaal (26 – 1.42.515): “It was the first time for me in the new qualification format and I had to get used to the fact that there is only fifteen minutes. So I actually screwed up myself. In the morning session we had a problem with the clutch, so I was in for eight minutes. That didn’t really help either. All in all a difficult day that did not bring us the result that we had hoped for and what would have been possible, but in general I am better in the race than in the training and qualifying anyway. My foot doesn’t bother me much anymore, so we just hope for the best for the race.” 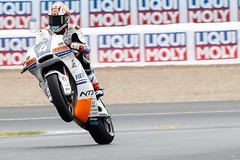 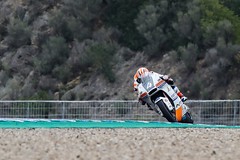 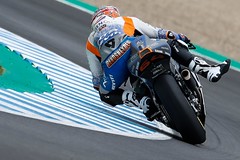 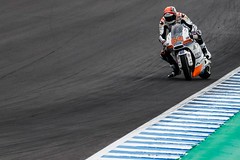 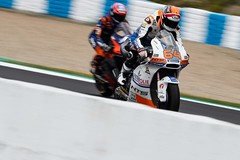 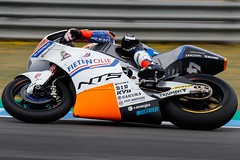