After NTS RS Racing GP recently came to an agreement with Bo Bendsneyder the sole Dutch Grand Prix team announced on Saturday in Aragón that Steven Odendaal will remain in the team for 2019. With the arrival of Bendsneyder the team completed their line-up for next season.

Steven Odendaal will be active as a rider for the NTS RW Racing GP Moto2 team once again in 2019. The 25-year old South African rider and the Dutch team reached an agreement during the fourteenth round of the World Championship at the MotorLand Aragón circuit in Spain.

Odendaal, who was the first rider involved with the new NTS project and ended the FIM CEV Moto2 European Championship in third place in 2017, is an important force regarding the development of the Japanese NTS chassis in the Moto2 class.

With Bendnseyder signed up a few weeks ago the NTS RW Racing GP team have completed their line-up for the 2019 season.

“I am very excited to continue working with RW and NTS In 2019. I believe that we can be very competitive with the new engine. I really like the team and the way we can all get along with each other. I’ll be working harder than ever to bring the team lots of success in 2019!”

“After we recently announced Bo Bendsneyder for 2019 we are very excited to inform that Steven Odendaal will be lining up in NTS RW Racing GP colours once again in 2019. Since the first day of the project Steven has been involved and he is very important regarding the development of the chassis and the entire project. Not only because of his commitment but also because of his drive, interest and knowledge to improve the chassis even further. Alongside the Grand Prix weekends we are very busy to schedule an extensive testing programme with the new Triumph engine. Recently we completed a successful two-day test in Valencia and Monday we will test again with the new Triumph engine with our usual test rider Alex de Angelis. Our target is to be as prepared as possible for the first official Moto2 test at the end of November in Jerez with Bo and Steven.” 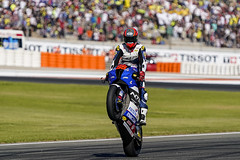 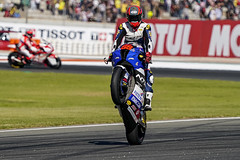 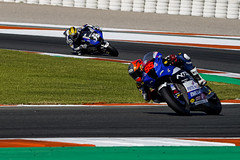 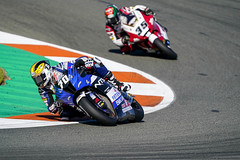 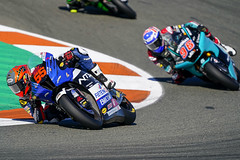